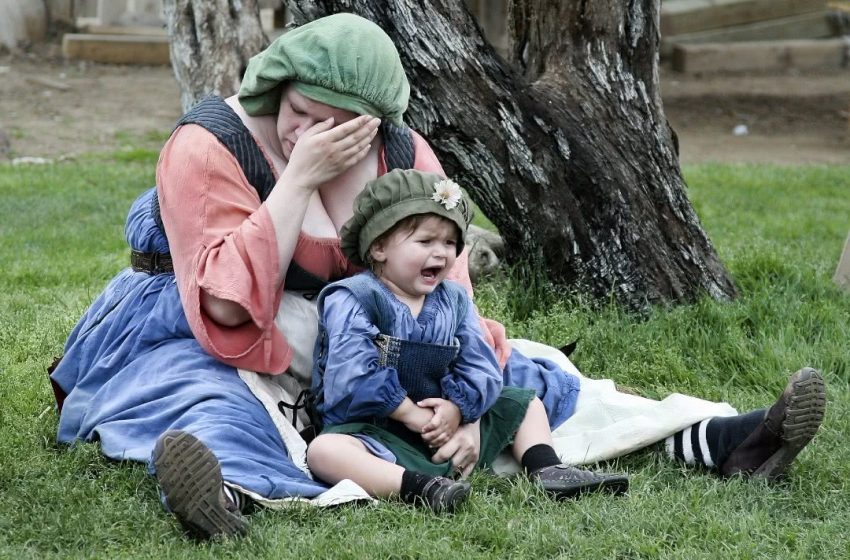 
Bio means life and ethics is concerned with values, what is right and wrong. Bioethics asks what is technologically possible, is it ethically permissible?  Catholic Bioethics topics include the value and significance of human life, the transmission of human life through new reproductive technologies, prenatal diagnosis and the right to life, sterilisation, abortion, the preservation and prolongation of human life, dilemmas in neonatal intensive care unit, issues in organ transplantation, research and human experimentation on human beings, genetic engineering, public health and concepts of health and disease. There are various types of ethical approaches in the subject of Bioethics. The role of Catholic theology to Bioethics according to the Pope’s letter The Gospel Of Life (1995) is to create a culture of life and overcome the culture of death. These bioethics quotes below were selected from the teachings of the Catholic Church. Under each quote you can find the source of the quote in hyperlink.

“Life must always be welcomed and protected. These two things go together , welcome and protection. On the other hand, it is the responsibility of the State, the Church and society to accompany and concretely help all those who find themselves in serious difficulty, so that a child will never be seen as a burden but as a gift, and those who are most vulnerable and poor will not be abandoned.”
Pope Francis, visit to Poland, 2016

“Cryopreservation (embryo freezing) is incompatible with the respect owed to human embryos… it exposes them to the serious risk of death or physical harm… a percentage does not survive the process of freezing and thawing; it deprives them at least temporarily of maternal reception and gestation; it places them in a situation in which they are susceptible to further offense and manipulation. The majority of embryos that are not used remain “orphans . Their parents do not ask for them and at times all trace of the parents is lost. This is why there are thousands upon thousands of frozen embryos in almost all countries where in vitro fertilization takes place.”
Card. William Levada, The Dignity of The Person, 2008, 18

3. Humans Must Be Respected From The Very Beginning…

“Human life must be respected and protected absolutely from the moment of conception. From the first moment of his existence, a human being must be recognized as having the rights of a person – among which is the inviolable right of every innocent being to life.”
Cathecism of the Catholic Church, No. 2270 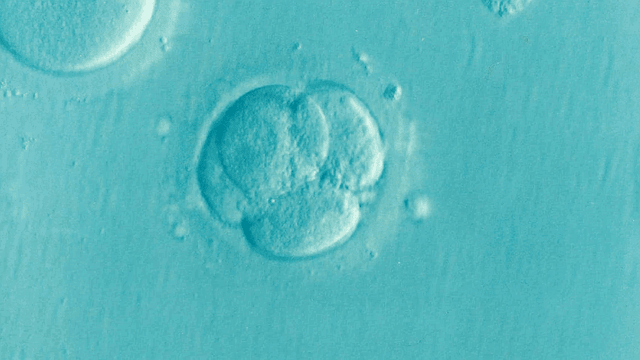 4. Euthanasia is a sign of misguided pity, loss of meaning and hope…

“What really happens in this case is that the individual is overcome and crushed by a death deprived of any prospect of meaning or hope.

Death brings with it hope and meaning

We see a tragic expression of all this in the spread of euthanasia-disguised and surreptitious, or practised openly and even legally. As well as for reasons of a misguided pity at the sight of the patient’s suffering, euthanasia is sometimes justified by the utilitarian motive of avoiding costs which bring no return and which weigh heavily on society. Thus it is proposed to eliminate malformed babies, the severely handicapped, the disabled, the elderly, especially when they are not self-sufficient, and the terminally ill. Nor can we remain silent in the face of other more furtive, but no less serious and real, forms of euthanasia. These could occur for example when, in order to increase the availability of organs for transplants, organs are removed without respecting objective and adequate criteria which verify the death of the donor.
Pope John Paul 2nd, The Gospel of Life, 1995, 15 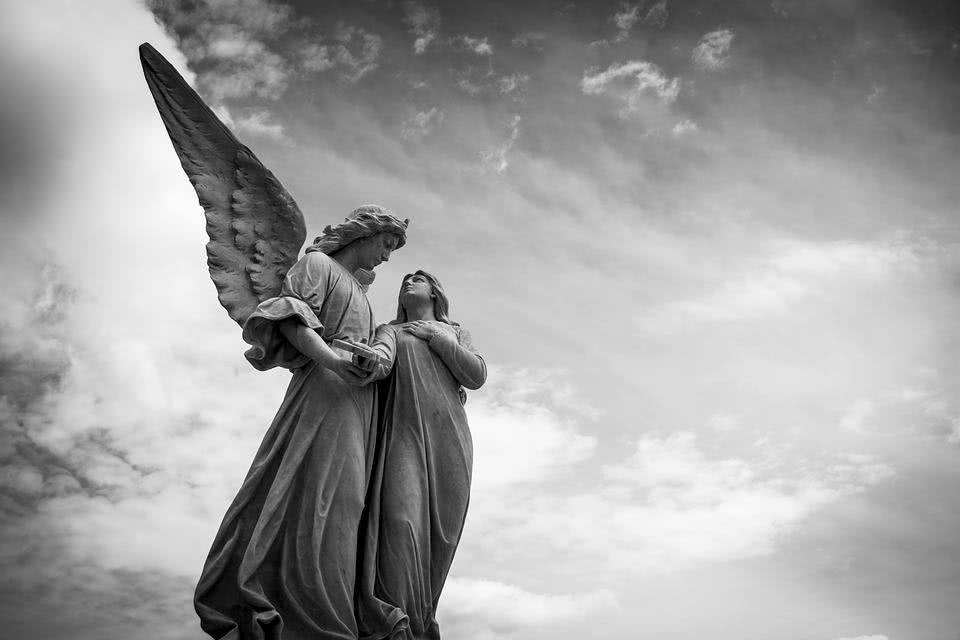 5. Surrogacy creates a division between the physical and the psychological aspects of motherhood

Surrogate motherhood represents an objective failure to meet the obligations of maternal love, of conjugal fidelity and of responsible motherhood; it offends the dignity and the right of the child to be conceived, carried in the womb, brought into the world and brought up by his own parents; it sets up, to the detriment of families, a division between the physical, psychological and moral elements which constitute those families.
Card. Joseph Ratzinger, Instruction on Respect for Human Life, 1987, 3 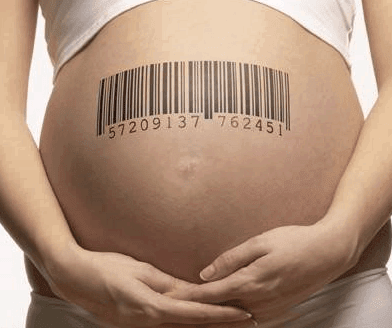 “It is not progressive to try to resolve problems by eliminating a human life.”
Pope Francis, The Joy of The Gospel, 2013, 214. 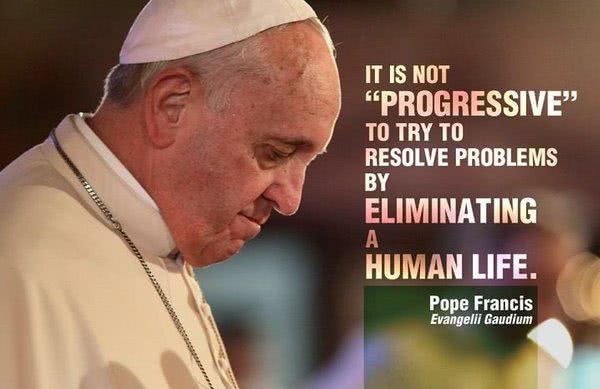 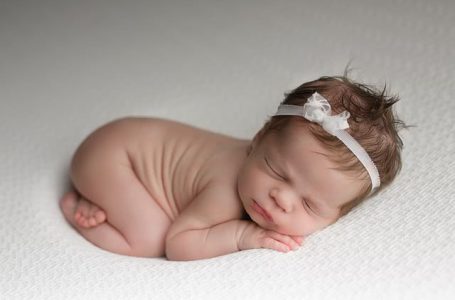 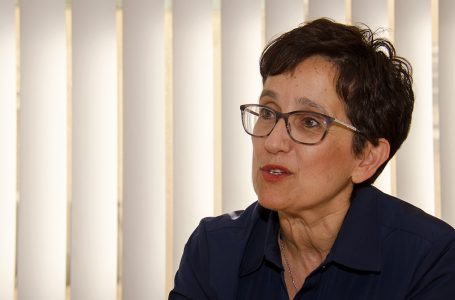 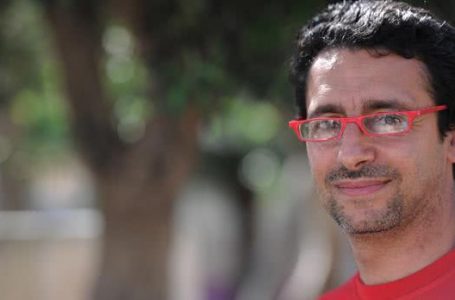