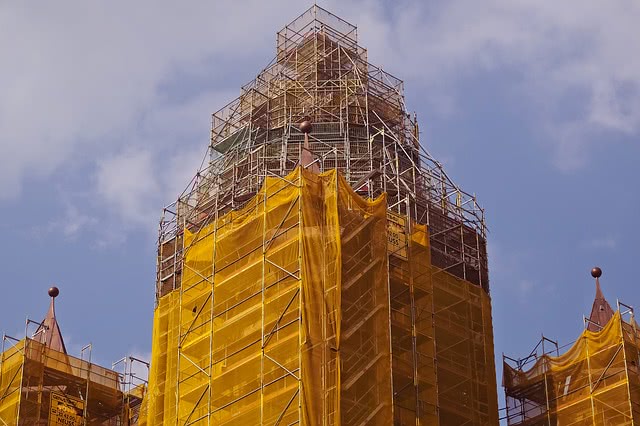 This article, written by a Catholic lawyer, describes the negative effects of the shocking crimes that the Catholic Church is experiencing and what needs to be done with regards to restoring and rebuilding the Church so she can be an authentic Church giving a good service to the faithful.

At this time, when much has been spoken and written about the crimes that prominent priests have either committed or helped to cover up, two things come to mind. The first is the Lord’s command to St. Francis of Assisi to rebuild the Church and the second is the motto attributed to Pope St. Pius X , restoring all things in Christ. There can be no denying that a great deal of restoration and rebuilding needs to be undertaken. The perspective I wish to take up is that of a sinful, ordinary Catholic, but one who tries his best to keep his eyes and ears open , out of love for my home, the Church.

Putting everyone under suspicion

Perhaps the point of departure should be to observe that although the recent revelations are not pleasant reading, it remains absolutely true that the vast majority of priests and bishops are not guilty of any abuse or of any cover-ups. In fact, the innocent priests and bishops are angry, disgusted and disappointed that some of their brother priests and bishops not only broke their vows and inflicted terrible harm upon others, but also tarnished the reputation of other priests, bishops and of the Catholic Church in general. It is tempting and to a certain extent, almost instinctual for laypeople to start suspecting each and every priest of committing misdeeds. However, that is one particular temptation which the devil may use to lure us away from our Mother, the Church. Like all temptations, this is something we must resist.

Some crimes resemble power situations outside the Church like manager-secretary

The crimes that have been committed justify the sense of shock that has been expressed. Although the sexual element is a key aspect of these crimes, one should not overlook the abuse of power that has taken place. Hierarchically, bishops outrank priests and certainly outrank seminarians. The cases that have come to light showed not only priests violating men and women outside the formal structures of the Church, but also people within those structures, such as seminarians and other priests. There are cases which bear striking similarity to situations outside the Church, such as in ordinary employment, where there have been cases of powerful managers and CEOs forcing themselves on subordinates. Most subordinates, fearing for their careers, either remain silent, or leave, or many a time, remain within the same organisation for fear of reprisal or character assassination. The same happened to seminarians, who following episodes of sexual abuse, remained silent knowing that if they spoke up, they could incur the wrath of their bishop , without whose blessing they could never be ordained priests. There were even cases of priests who suffered such abuse and ended up inflicting similar abuse on other people. Most of the cases which formed the subject of recent revelations took place in the United States. However, such cases were not unique to that country.

The recent revelations may well seem overwhelming and a threat to the very existence of the Church. Although it is certainly not pleasant to deal with the fallout, we need to see the positive in this. The positive in all of this is that all those who are outraged, whether Catholic or otherwise, whether practising or otherwise, still have high expectations of the Church. People who have for years and for decades criticised and derided the Church are as angry and outraged as faithful Catholics. This means that the Church is certainly not irrelevant, even to non-believers. Whilst these people may not know the theological reasons behind the wearing of cassocks, mitres and crosiers (which to them may look like silly dresses and silly hats), they are holding the Church’s feet to the fire. In my view, this is a positive. Through the example and preaching of faithful priests, bishops and laypeople, non-believers are evangelised. The critics of the Church have rightly come to expect standards of behaviour which match the standards expressed in the preaching and in the precepts of the Church. Through their calling our attention to shortcomings in the Church, these people show us that in society, the Church is still relevant, still influential and still looked to for moral leadership and authority. It is therefore up to all of us who profess the Catholic faith , whether as laity or consecrated people , to render witness to the world.

Truth must emerge, it will “set us free”

Another painful problem that has gripped the Church is the barrage of accusations levelled by priests against other priests and by bishops against other bishops. Without in any way wanting to judge who has or has not been truthful, it is quite obvious that the high-level sniping that is taking place is very damaging to the Church. In commenting so, I am not trying to “protect the Church by encouraging the perpetuation of a culture of silence. All the accusations and claims that have been made must be investigated by independent and impartial individuals. The truth must emerge and not be buried. As Jesus himself told us , the truth will set us free. If need be, heads must roll.

Non-religious observers may portray all that has been happening as some phenomenon of purely human origin. As Catholics, we know that the human propensity to sin is encouraged by the devil, who as Pope Francis constantly reminds us, is very real and very active. When in his day, people used to ask St John Bosco why he never went on vacation, the saintly priest answered that he would only go on holiday if and when the devil decided to take a break from tempting souls. The crimes that have taken place have the devil’s fingerprints all over them.

So what is to be done?

Much can and must be learned from the past. However, the past cannot be allowed to define the Church. The Church is only defined by Jesus. In a sense, the Church cannot be held hostage by the past, no matter how hideous the errors that have been committed.

The need for an administrative reform

The need for prayer

In apparitions in Akita in 1973, the Blessed Mother foretold that there would come a time when the devil would provoke open warfare in the sense that bishops would be pitted against other bishops and cardinals against cardinals. She also foretold that many priests and religious would be pressed to leave the service of the Lord. The remedy recommended by Our Lady, was, as always, the devout recitation of the Holy Rosary. As Catholics, we believe that the Holy Spirit is ever active in the Church and thus, remedies are born primarily of faithful prayer and only secondarily out of human effort. Our Lady’s exhortations guard against the heresy of Pelagianism , which is when one thinks that everything is possible solely through personal effort and willpower.

The need for new saints

Very recently, Pope Francis renewed the universal call to holiness through his encyclical Rejoice and Be Glad. He reminded us that holiness is for everyone, not just for priests and nuns. In several public appearances, Pope Francis emphasised time and time again that the Church needs young people who actively embrace the call to holiness , in other words, new saints. Holiness is not attained by snapping one’s fingers. It is a very gradual process which may involve the excision of parts of our lives which are not pleasing to Jesus. Like many medicines which have the ultimate effect of curing illness, the road to holiness may therefore be painful. The Church, as a whole as well as through its components, needs to take up the process of purification which has been painful and will continue to be painful. Genuine conversion is hardly ever painless.

Christ is active even in confusion

As Catholics, we need to recommit ourselves to Christ , and I address this comment first and foremost to myself. The journey towards the liberating truth does not need as much analysis as it needs prayer. The Holy Spirit, who is the life of the Church, must be invoked and invited into all structures at all levels. It may well seem that at the moment, the boat is being rocked by massive storms which threaten to engulf it and Jesus is asleep. We are tempted to turn to Jesus and tell Him that were He awake and paying attention, this would not have happened. However, as always, Christ is very much active, even amidst this confusion. God is purifying His Church and separating the chaff from the wheat.

Sometime before all of this broke out, the Church celebrated the Queenship of Mary. This is not some sentimental feast. Mary the Queen and Christ the King go hand in hand as warrior figures in spiritual warfare. It is therefore up to faithful Catholics to enlist in Christ’s army and fight , through prayer, abstinence and fasting. It is our job to co-operate with Christ in the exercise of restoration and rebuilding.

Healing the wounds of the victims and of the Church

We believe that Christ is the Truth (with a capital “T ). He is not some ordinary human opinion or point of view. Since He is the truth, He certainly does not want us to bury the reality of the crimes which have taken place. Through careful, prudent and prayerful investigation led by laypeople experienced in forensics, all the claims made must be investigated and the entirety of the truth must be revealed. The purpose of investigation is not to enable the righteous or the innocent to mount some sort of vendetta, but to heal the victims and the Church. As any doctor will tell us, it is necessary to measure the depth of a wound and clean it properly before applying the necessary ointments and bandages. If a wound is not cleaned to its full depth, the patient cannot be restored to health.

The Church will never be abandoned

Jesus promised that he would never abandon His Church and that the gates of hell would not prevail against it. The Church has thrived in persecution and has outlasted many governments and empires that tried hard to extinguish it. Those governments and empires are long gone whilst the Church is still alive. Jesus is asking all of us, myself included, whether we trust Him. With His help, I do. 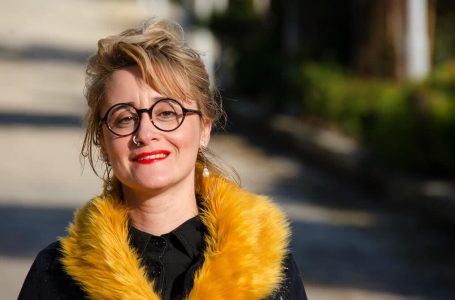