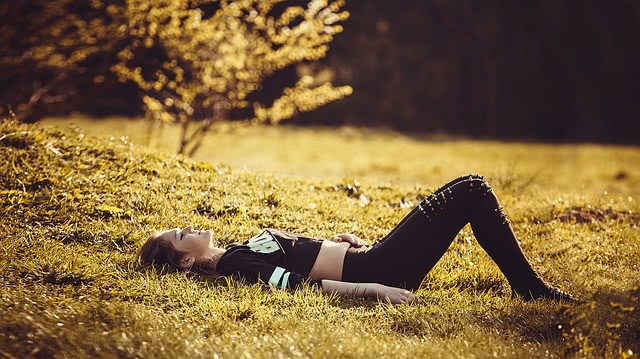 When it comes to spiritual conversion experience, I believe there is no one size fits all, no foolproof formula that can be endlessly repeated. We are talking about deliverance from bondage and the resulting freedom here. It is one of the most relevant issues not only of Christians but of mankind in general. This is my spiritual conversion experience which I will share hoping it might be of significance to others.

In the Christian conversion “God comes to meet me”

A spiritual conversion experience happens through God’s initiative and in His own time. In paganism and all other religions, it is man who is expected to do something in order to become worthy of the favour of god or the gods. You quest until you find god. In Christianity, God comes to meet me and finds me where I am because He has compassion for me (Ex 3:7-8). So then, I don’t need to search? I can just stay passive and let God do the work?

“I did not go through the rebellious teens”

This is not a conversion story where the protagonist goes from being a bad person to becoming a good person. Although such stories strike our imagination I find them too legalistic and not always relatable. I was considered to be a good person, even an exemplary one. I didn’t even go through the usual rebellious teens. In my teens I became a member of a religious community which was rather, let us say, intense. I studied the Bible and partook of the Sacraments regularly. I also tried to be kind and help others. My sufferings, which were manifold, since I was ill with severe Fibromylagia and Myalgic Encephalopathy, I considered to be my cross and I offered it all for the needs of the world. I was also deeply unhappy.

When I had almost hit thirty, my father passed away. The rest of my family and friends supported me for about two weeks. For the rest I was alone with my illness and grief. That is where I realised that all the people in my life where at best indifferent towards me and at worst abusive. I had no job. No hobbies. I only had a religion which did nothing for my real problems. This realisation came after four months of Dad’s passing. I became angry at a God whom I thought I had loved all my life and had allowed my life to become a shambles. After a year of this I became the worst version of myself. Suffice it to say that I was no longer considered exemplary and I was peremptorily kicked out of the community. My new lifestyle, which I had intended to be the solution to my woes, dragged me deeper and deeper into despair until one day I said to myself, “This is exactly what hell is like. I have arrived in hell. I had been stripped bare of all my securities and I was vulnerable and alone facing my deep existential misery. 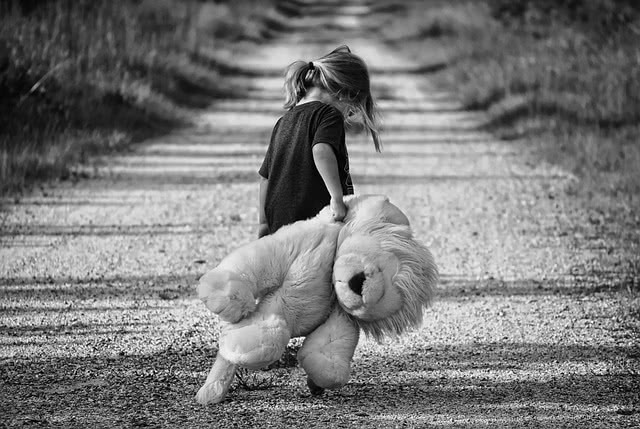 We all carry the pain of our ‘woundedness’ inside. We all have deep fears, a sense of failure and loneliness buried deep inside us. We spend a lot of time and resources trying to escape from this pain or at least striving to numb it. We use religion to do that, we use drugs, money, family, the list goes on..We try to project an image which is the exact opposite of what there is inside. We want to convince others just how happy and successful we are. We think that if others see us in this light and give us their approval, we can be free from the pain and fear gnawing on the inside. Hence the phenomenal success of Facebook. We don’t do this because we are bad or evil but because we are in pain and afraid. At times, however, there comes a crisis like the one I just shared, which brings to the surface all our hidden wounds. It is like a window God opens onto our psyche where He shows us what there really is inside. It is like Jesus making mud with his spittle and the stinking dust of the street at the time and smearing with it the eyes of the beggar man born blind (Jn 9). This man was living a life of misery. His life depended on the charity of others, (much like those of us whose self-esteem depends on the likes we receive on Facebook) and he didn’t know any other life. This was his normality, his comfort zone and when Jesus was in the vicinity he didn’t ask to be healed. It is Jesus who takes the initiative with the mud smearing. At this point the man is made uncomfortable and he experiences the helplessness of his situation. For the first time he faces his misery.

“I did not hide behind anger, outrage and self-pity anymore”

Back to my story. Once this window had been opened I had two choices. This is where the ball decidedly bounced on my side of the court. I could shut the window fast in horror or I could give a good look at what it was showing me. I chose the latter. I did not resort to more escapism. I did not hide behind more anger and outrage and self-pity. I looked almost dispassionately at what I was and what my life had become and I asked God to help me. 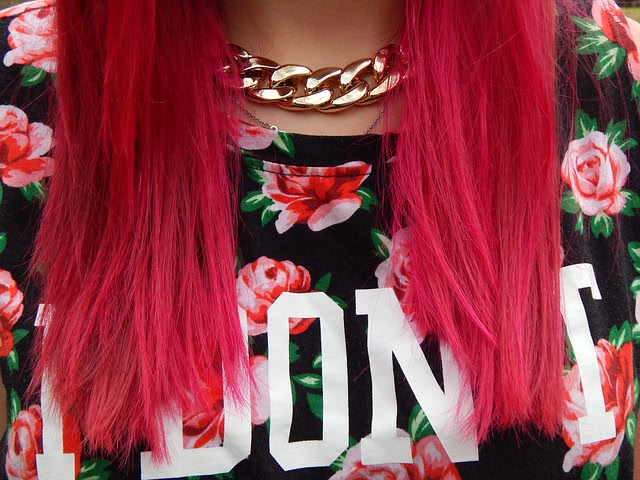 “I saw the things that were keeping me in chains”

I wish I could say I immediately felt better and everything became peachy or that I became a ‘good’ girl and was re-introduced within the community. None of this happened. What did happen was that God opened yet another window. If possible, the sight I saw within was more horrifying than the one in the first window. I saw the things that were keeping me in chains. With this realisation came the challenge to give up these things. So, the ball once again came thudding to my side of the court. Passive indeed!

Our minds, formed by decades of legalistic preaching, will at this point think, “Ah yes this is where she had to give up drugs, sex and rock and roll. I had to give up sin, right? If only. This is why I say there is no hard and fast rule. Everyone will see different things in their windows. What is a common experience is that in order for my healing to happen, I have to leave behind what I see in the second window much like the still blind man had to leave the beloved corner where he used to sit and beg. I can close the window fast and make up a myriad of excuses, some of which might sound reasonable and even pious. I was tempted to do just that because for me it was loved ones. I had to give up toxic members of my family and some equally toxic friends. I was raised in a dysfunctional and abusive family and I realised that no recovery could be possible until I was in a safe place. At this point I had to decide to go ‘no contact’ with almost all the people I loved. If anything, from the outside I seemed to have become more sinful and corrupted but I was following the path that God was showing me. At this point I remembered Jesus saying that if your eye is an occasion to sin you have to gouge it out (Mt 18:9). That is how it felt. 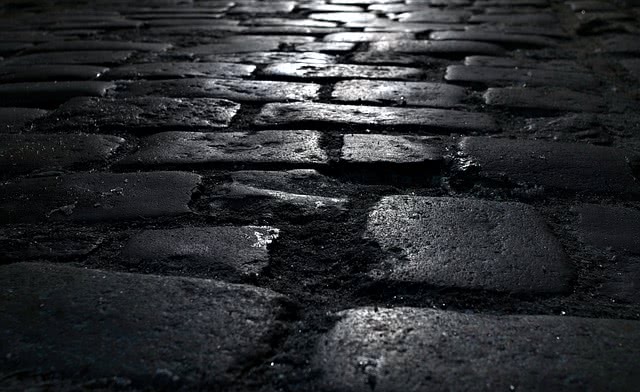 “God will show us what action we need to take”

There is pain and there is damage. This step I took was infinitely painful but it stopped me from suffering further damage. Once God led me to this safety zone, He opened the third window. This window is not horrible like the previous two. It is the window of opportunity. If until now I was experiencing dying with Jesus, this third window was the window of resurrection (Rom 6). It is the pool of Siloam where the blind man finally is healed from his blindness and complacency.

In this window I saw not what I had to give up this time, but what I had to embrace. I saw the next step to my recovery. Taking these steps still required an effort and some courage so I guess it was easy to shut this window again. Again, since everyone is different, the action that God will show us which we need to take will also be different. For me it started as doing a 21 step program for recovery from child abuse, painting, writing poetry, working on a therapy called Dynamic Neural Retraining Program, starting to trust again and opening my heart to some amazing people, starting a Theology course at the Pastoral Formation Institute, starting a journey in Ignatian spirituality and the latest one is starting to write a book.

“I am not completely free and healed but I have flourished”

So is my life perfect now and am I completely free and healed after this spiritual conversion experience? No, I am not, but all areas of my life have flourished thanks to the loving care of Jesus. Sometimes I relapse a little into a past behaviour and the three windows open again one by one and I find my way back. What I can say now is that before I knew God because I had heard about Him, but now I know Him for what He has worked in my life experience and thus He has earned my trust. 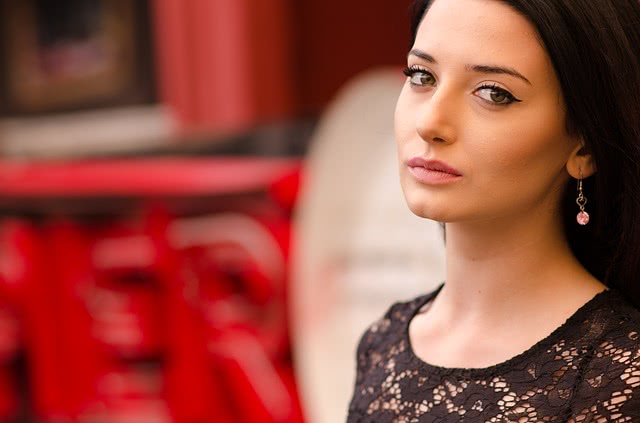 Read more from Nuntia:
– Prayer: The Fear Of Abandonment
– “I Faced My Fear” – Facing The Fear Of Rejection
– Id, Ego and Superego Compared To The Three Characters In the Prodigal Son

Nuntia is a Maltese freelance artist and illustrator. She also writes poetry. Nuntia has a Higher Education Award in Theology and is currently reading a Diploma in Spiritual Accompaniment.

Spiritual Gifts That Ordinary People Can Give... 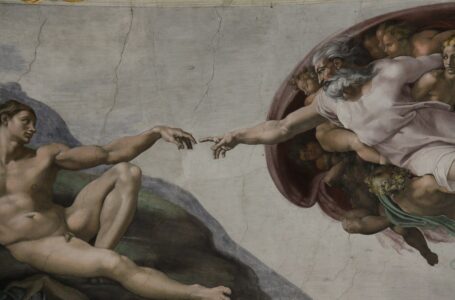 “In God” – Reflections on the Catholic... 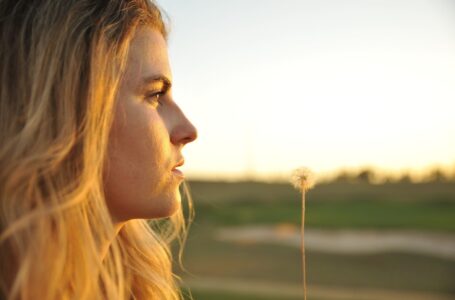 “I Believe” – Reflections on the Catholic...