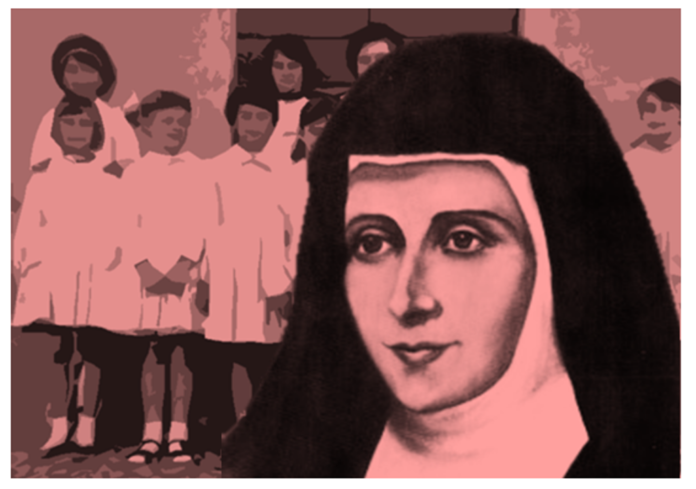 Maria Teresa Spinelli was an Italian woman who journeyed from a separated woman to a head of school. She became foundress of the Congregation of Augustinian Sisters, Servants of Jesus and Mary. In October 2016, Pope Francis advanced the cause of sainthood. He remarked that Maria Teresa Spinelli lived a life of heroic virtues and declared her “venerable”. Universe of Faith interviewed Sr Marta Gadaleta to get to know more who this woman was. 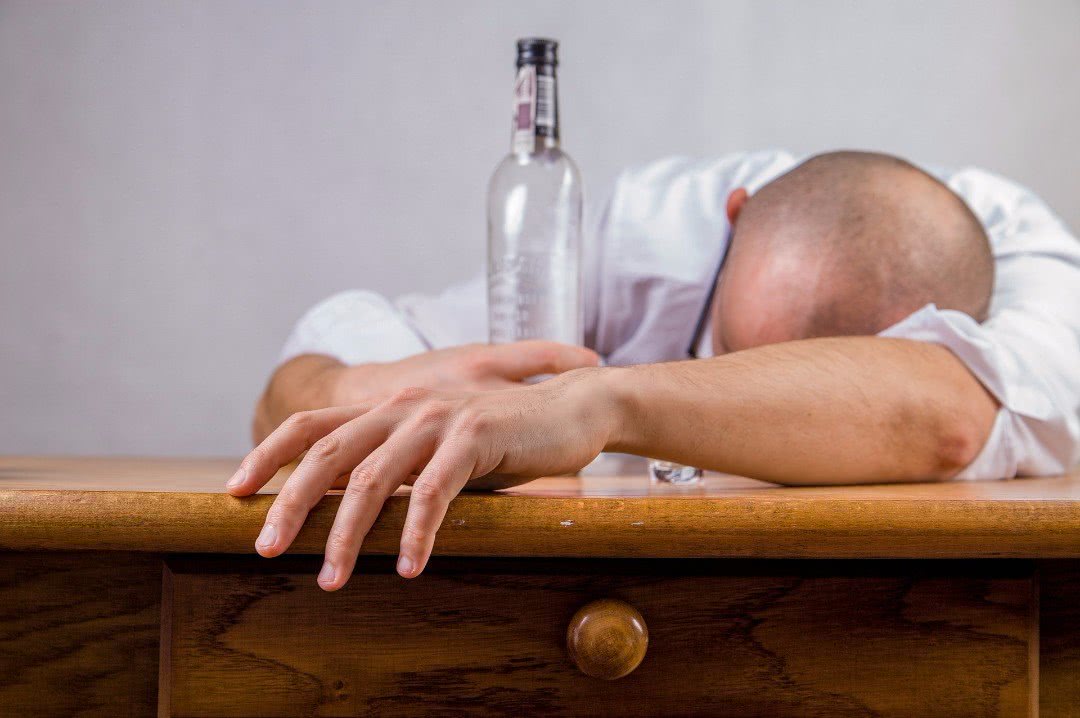 SR MARTA: “Maria Teresa Spinelli had experienced, within her family, a very positive experience of married life.  Her parents were very much united in good times as well as in bad times and their faith was a solid one.  Thus Teresa got married with this type of background, undoubtedly assuming that her own married life would be a happy one.  She had also learnt from her family of origin that self-sacrifice and respect towards the husband was part and parcel of being a wife.

It was definitely a shocking surprise for her when she found herself sharing her life with a very violent man, addicted to alcohol and all in all, very unhappy. Teresa showed great ability in the way she handled the situation, trying to win him over with her loving patience.  She also declared to the authorities that decreed the separation from her husband that it had never occurred to her to abandon him but that she had always hoped that by time, and with God’s grace, he would change his attitude.”

2. How did Maria Teresa live the transition between married life and separated women or rather single mother? 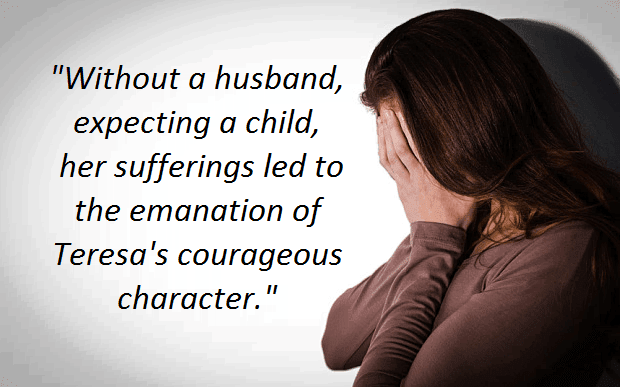 SR MARTA: “It was certainly a dramatic experience for Maria Teresa Spinelli when she received the news from the civil and religious authorities that she was to return to her parents’ house, even though she was expecting a child.   In order to get her married, her parents had undergone many sacrifices. She was now without a husband, expecting a child, and without the material goods which they had worked so hard for. Thus Teresa’s social condition was now worse than that before getting married.

Such circumstances led to the emanation of Teresa’s courageous character and of the sanctity with which she lived her life, something which became very much visible to those who came in contact with her.  In spite of their great poverty, Teresa managed to secure a good quality of living for her daughter as well as a good education.  She also managed to guarantee this to her child Maria Domenica during her own mother’s severe sickness.”

3. How did she find the strength to integrate her suffering and live for others? 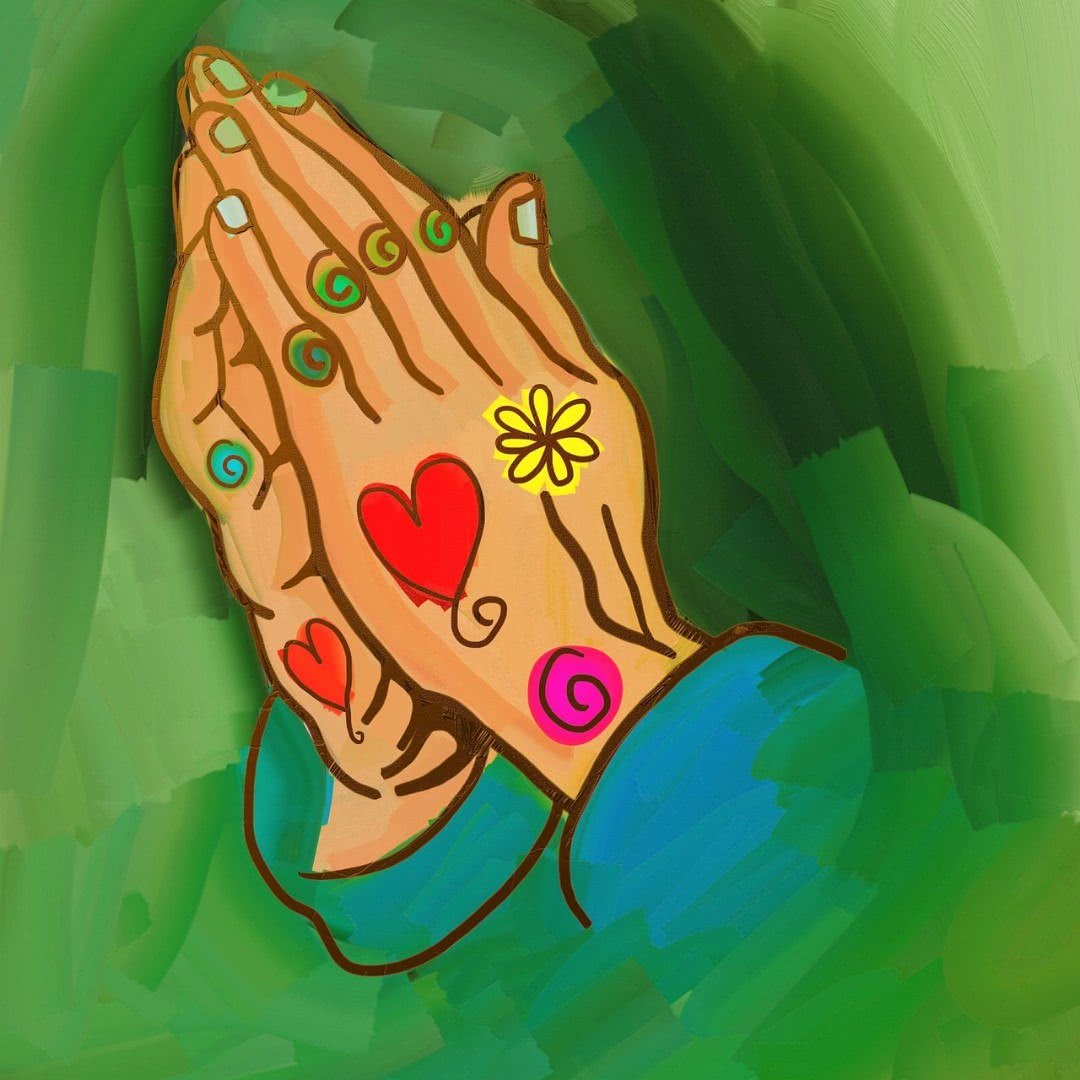 SR MARTA: “Maria Teresa Spinelli was always an optimistic woman who never cried over the misfortunes which befell in her life.  She lived her physical and psychological sufferings with a strong faith, leading her to grow evermore in believing in God’s providence. Living her faith in an authentic Christian way could not but be transformed in love for God and love for neighbour.  The more she experienced God’s love towards her, the more she desired to pass it on to others.

Her attitude towards others was not judgemental or proud, assuming that she had an inherent ability to help others.  In her one could see the Gospel put in practice. Her sufferings led her to understand the needs of others.”

4. How did Maria Teresa live the experience of her daughter’s anorexia? 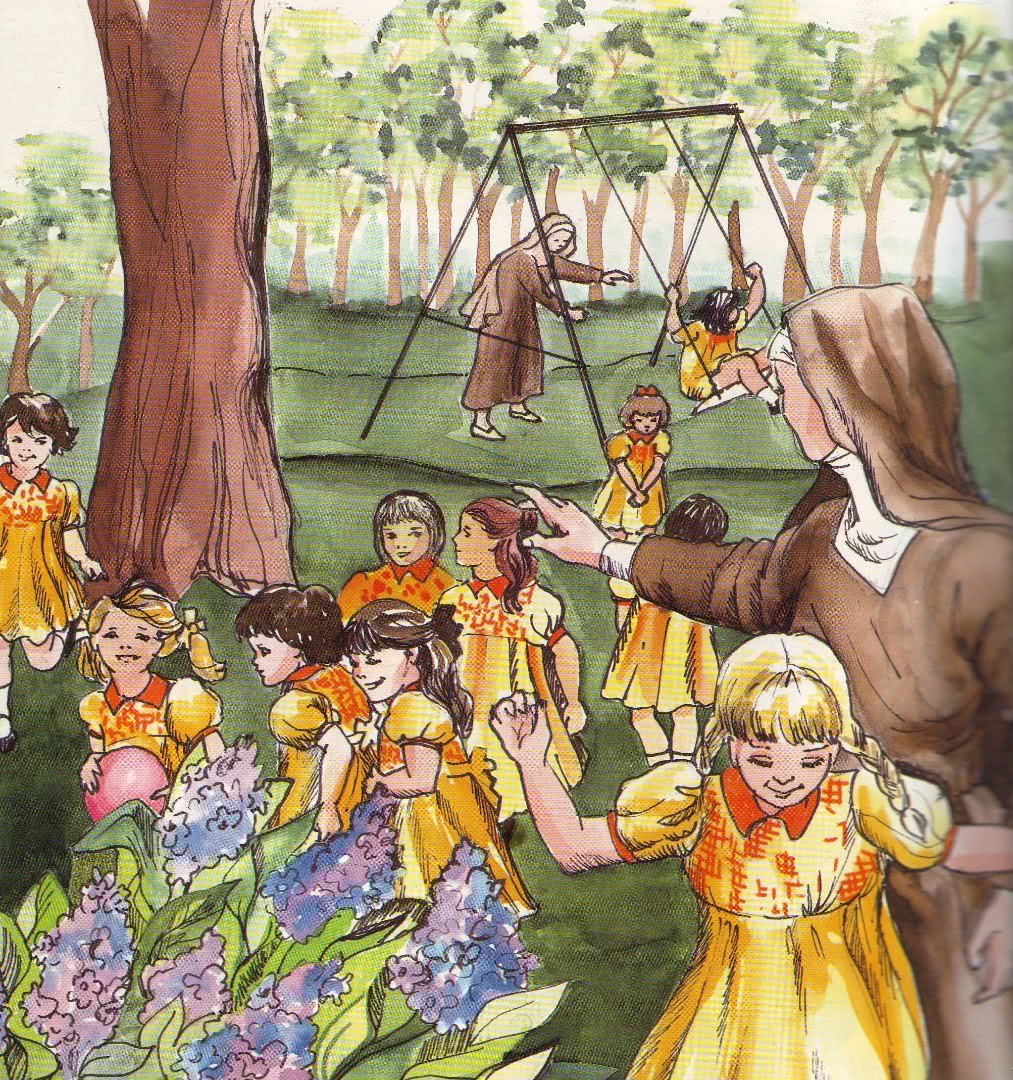 SR MARTA: “First and foremost we cannot say that her daughter was anorexic.  We do not have the required information so as to establish what her sickness really was.  What we do know is that this girl was in good health before joining the Benedictines.  She was so eager to accomplish many penances and reform the monastery, that probably, due to these physical privations, she put her mental state at stake.  This is similar to what happens with anorexia.

This was an awkward situation for Maria Teresa Spinelli in the sense that her daughter was a cloistered nun who strictly speaking could never leave the convent.  She thus asked the Congregation for the Religious the permission to take her daughter to her own convent of active life, seeing to it that her daughter would never leave the cloistered part of the convent.  Teresa was conscious that due to the severity of her daughter’s sickness, it would be physically impossible for her to take care of Maria Domenica alone.  Thus she humbly asked permission to her sisters not only to accept her with them in the convent but also to physically help her with whatever the situation would entail.

Teresa also felt extremely preoccupied with the spiritual health of her daughter.  The thought that her daughter, due to her sickness, could live cut off from the grace of God, troubled her.  She prayed fervently and with great faith so that her daughter would return to reason.  Teresa attained this during the final days of her daughter’s life on earth.”

5. How is Maria Teresa’s spirituality relevant to our times? 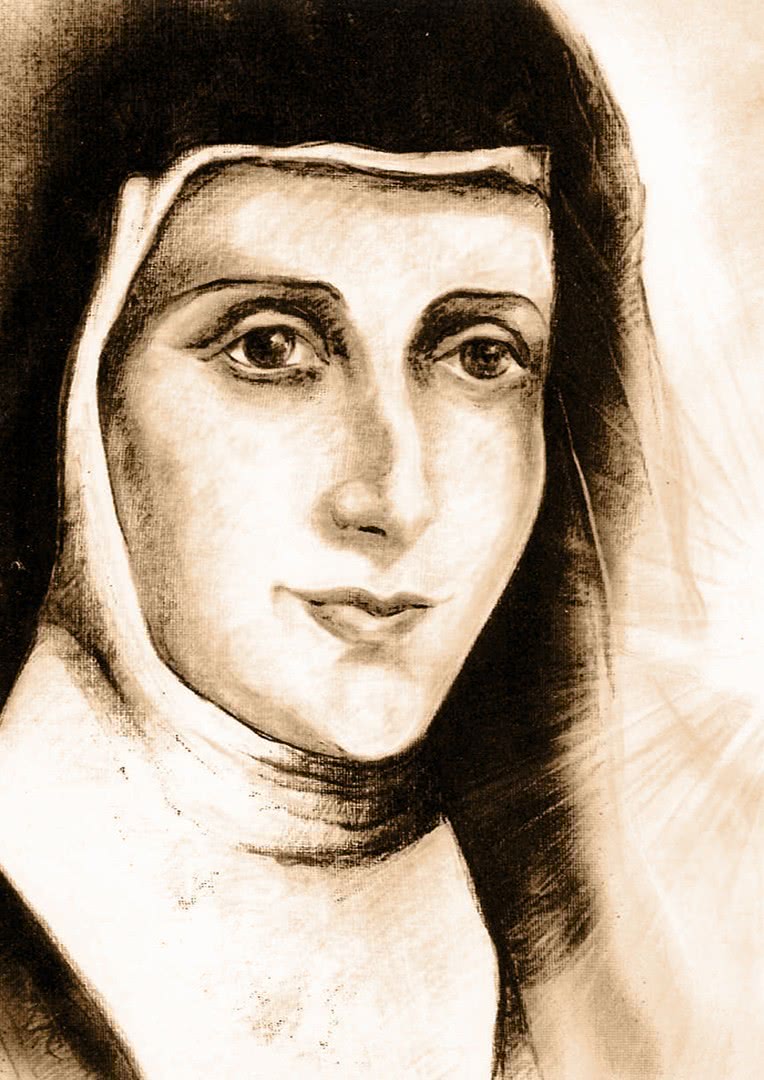 SR MARTA: “Maria Teresa Spinelli lived two centuries ago but she is still undoubtedly a relevant model for us today.  First and foremost she lived through different states of life: daughter, wife, single mother, teacher, nun and foundress.  Thus she can serve as an encouragement to every woman but also for men.

She can be a model for teachers today in the sense that she gave individual attention to each and every child, knowing what to expect from each one because she knew them one by one.  This can be taken for granted today as the must be, but two centuries ago the reality in schools was very different.

Teresa can also be a model for today’s parents.  She was fully conscious of the responsibility of what being a mother entailed: the child is yours but different from you, he will never be exactly what you dreamed for him to be.  One must also learn how to strike a balance between a natural sense of possession and a healthy detachment.

She can also teach us how our life can be lived as a total gift to the other.  Teresa lived in this way both in her matrimonial life as well as a religious.

One cannot forget her courage in being a pioneer in the sphere of education and formation.  She fought for an education for girls and women, convinced of their potential. Teresa strongly believed that even as a mother and housewife, it is necessary to use one’s intelligence. Since children spend their time mostly with their mothers, women must have a good education so that they could in turn educate their children well.

Teresa is a point of reference for every man of every time who finds himself crushed under life’s sufferings. She lived her own sufferings not in helpless resignation but by embracing the cross, knowing fully well its redemptive value.

Last but not least, Teresa Spinelli is a guide for her spiritual daughters. She asks of them that they exercise themselves in love, to have a spirit of service and a spirit of humility. She is thus a model of spiritual balance which is forever valid.”

Venerable Maria Teresa Spinelli lived between 1789-1850. Today, her sisters and schools are found in many parts of the world including Malta, England, Italy, Australia, the Philippines, Brazil, India, America and Africa.

Besides Sr Marta, a special thanks goes to Sr Sandra Gauci from the Augustinian Sisters of Malta for her contribution in writing this article. 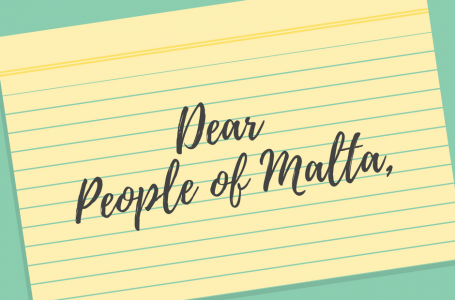 Letter From St Paul to the People... 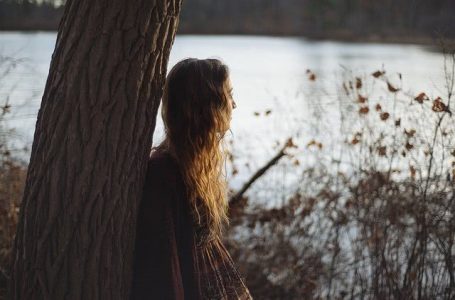 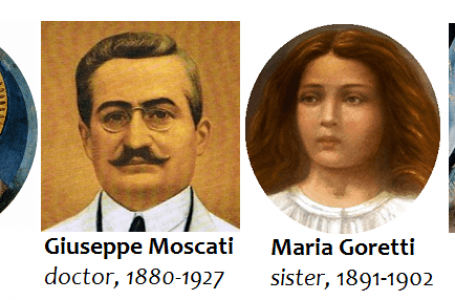