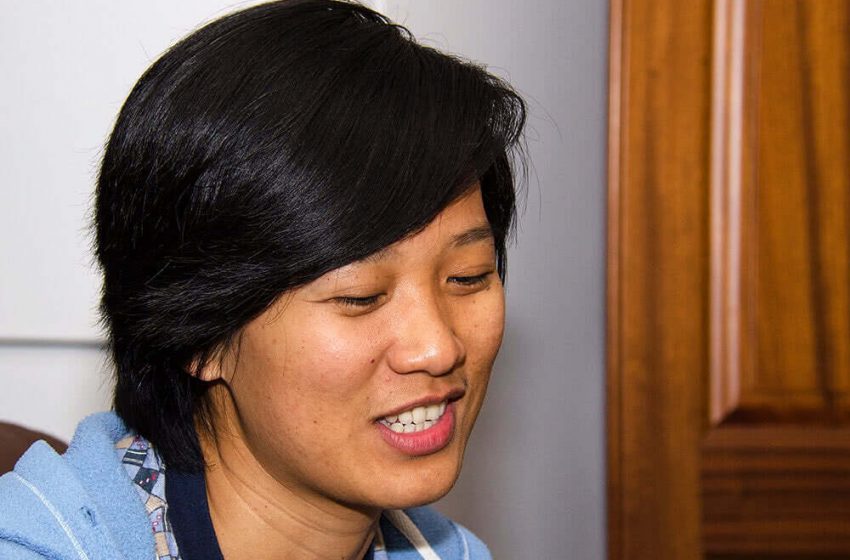 This story sheds light on some facts about how some foreign workers live and work in Malta. It also reveals how friendship and solidarity can open up amazing life experiences. This is the story of Uyen Vu from Vietnam – a third country national (TCN), who is in her last days of living and working in Malta, and of her present Maltese landlord Joseph Gauci.

“My name is Uyen. I am from Vietnam and I came to work in Malta in January 2018. When I arrived in the country I started paying 400 Euro rent per month, for a shared flat in Mosta. This is a reasonable rent when compared to other European countries where I used to live. The problem is that my job is very low paid. I earn 650 Euro per month.

Uyen, a Vietnamese working in Malta with a single work permit

Uyen finished her Masters’ Degree in International Development in the UK in 2016. In Malta she works as a project officer for an NGO running EU funded projects on social inclusion. “There are many foreigners employed at my workplace. I started as an intern.  The first four months of work were unpaid. Then I started to get paid. I was told that after three months I would be given an increment but this never materialised. I didn’t dare ask because I was afraid that they would fire me. According to the law for third country nationals working in Malta, if I stop working for the company I’m employed with, my residence permit will be terminated within ten days. This means that within ten days I would have to leave Malta.”

Uyen explained how the law is different for Europeans and Maltese. “If Maltese and European nationals don’t like the job they can leave and eventually find another job. Third country nationals face a different situation. I have a single work permit. This means that it is tied to the job I am working at. Normally one gets a contract of employment for six months or a year. However, I know of other third country nationals, who were fired before their contract of employment reached the term. So I was very scared. They do find excuses to fire someone and just employ another foreigner.”

Uyen told her landlord that 400 Euro was too much for her to pay. “The landlord and his wife were very nice. When I told them about my salary, they let me pay 300 instead of 400 Euro for a few months. However, after a while, they told me that they couldn’t keep it going like this.” 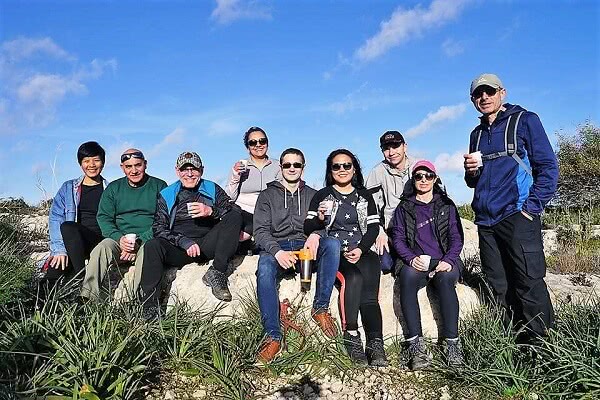 Uyen relates how she started trekking with the wellknown group of Gregory Camenzuli. “I stated trekking to integrate in the Maltese society. and also because I like to spend time with myself, with nature and with others. I enjoyed these walks. About ten of us decided to start trekking on our own to be in a smaller, more sociable group. In this small trekking group I started sharing some of my feelings about my job and my difficulties with accommodation. After a while, Joe, one of the members of this group, offered me lodging in his house. At first I said nothing. I was afraid. He is a man and I had read lots of horror stories,” she said.

Joseph Gauci, a sportsman and landlord

Joe is a widower, but he still wears his wedding ring. He has a large terraced house in Mosta and lives there with his son. “I have a good relationship with my son but we do not meet very often. We both work and my son also has a girlfriend. So we both lead busy lives.”

Joe likes adventure and sports. He is particularly good at skiing and trekking both in open country and also on the mountains. As a youngster he played football with the Mosta Football Club. He was also president and coach with the same club. Joe was an active volunteer and youth leader at the Mosta Oratory. He met Uyen in the small trekking group and sometimes he would give her a lift back to her flat in Mosta.

At first Joe thought that it was risky to offer Uyen to come and live in his house. “I was afraid that she would steal or damage the property. My son told me that I was too kind and that this was risky too. But as I got to know her better in the trekking group, and listened to her story, I decided to offer her the option that she could come and live in my house. I thought that this was a way that I could help. It was a way which I could afford. My house is big and mostly empty. At first, Uyen said nothing.  A few months later, in the feast of the Assumption of St Mary in August, I invited our trekking group to my house to come and see the fireworks. That day I also showed Uyen the house.”

Uyen’s landlords eventually told her that it was time she started to pay the full rent. “They said that they were doing business not charity. So looking at my financial situation I decided to accept Joe’s offer. I realised that I couldn’t do it on my own. The connection with Joe was getting better now that we trekked in the group every weekend. So in October 2018, before I left for a work exchange in Germany, I took all my luggage from the rented place. When I came back to Malta I moved to Joe’s house”, Uyen explained.

“As I moved in I realised how wrong I was to be so afraid!” Uyen exclaimed almost crying. “Joe is a very kind man. He expected nothing back. Joe never asked for money. He used to live on the ground floor, but when I moved in, he moved upstairs with his son and left the ground floor to me so that I could have my own privacy. I rarely meet Joe unintentionally in the house. On the ground floor he had everything close to him; the kitchen, the living room, bathroom, bedroom, his garage. He gave it all to me. Joe also gets a maid to do the detail cleaning. There were a few times when I missed the bus and he would give me a lift.  Sometimes he even gave lifts to my friends. I truly appreciate what he does. This man is kind to everyone he meets”.

“On my part, I give him a small contribution for rent. The amount is less than I paid my previous landlords. I also keep my area clean to share responsibility. Sometimes I cook Vietnamese food and we eat together. Occasionally we do some morning exercises together. I learnt a lot from the healthy lifestyle Joe leads”, Uyen adds.

Uyen’s reflection on the gifts she received in Malta

Her relationship with Joe helped her reflect on her family life… “For me, this has also been an opportunity to appreciate my parents. During this year I went to visit my family once. While I was there I thought of Joe and realised that he was in his house alone. I also became aware that sometimes I am not kind enough to my parents; I just want to be with my friends and at work. Sometimes I’m in my room and I don’t eat with them.

An incident at the Mosta Church… “I attended a mass at the Rotunda in Mosta. During mass, I saw people playing music. I thought it was so cool. So after mass, I went to ask if I could help in any way during the mass. The person I spoke to took my number and said that he would inform the priest in charge and call me later. A while later, a priest called and we met for a chat at a cake shop. He asked me what I enjoyed doing. Then he introduced me to two young women at the music camping Encounter in Ta’ Qali. Through them, I started helping out in a Catholic Website.

The trekking groups… “Trekking has been a great opportunity for me to meet both Maltese persons and people from different countries. Besides trekking, we also have other activities, like sightseeing, camping and swimming. Joe and other Maltese friends take us to many beautiful places. I also learned how to swim thanks to them.

Joe stated that making space for Uyen in his house was a risk worth taking: “I feel that I have made good use of the empty space I had in my house and I still have my privacy. My son soon made friends with Uyen as well. They are almost the same age. It was a good experience which I don’t regret. This was the first time that we had a foreigner living with us for such a long time.  My son once had a friend over for a short while, but that was all.”

Why is Joe so helpful?

Joe recalled how his wife had got seriously ill when she was only 29 years old. “I had to take her to England for treatment. At that time I had found a lot of help from both my family and my friends. I find that helping Uyen now is a way of paying back the help that I had received at that time”, says Joe. “But I have also received through this experience. Uyen has been good company. Sometimes we talk, we eat and discuss together. She is of a similar age to my son and daughter. So it is like having another daughter.

Uyen has just finished her contract. She is spending her last ten days in Malta before going back to her country, Vietnam. But this is not the end of the story. Uyen has asked Joe if he can now host an Italian friend who is facing the same lodging problems. Sometimes she feels concerned that this might become too much for Joe. “There is also another girl who is having the same problems. So this time they may actually be hosting two persons. But it’s up to him to decide”. 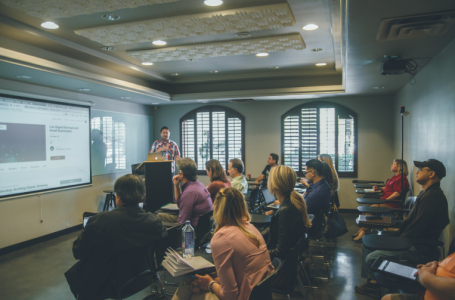 Teaching English as a Foreign Language –... 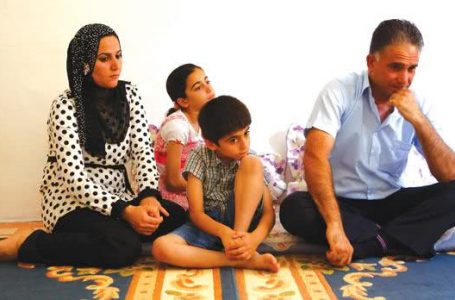 Why Are People Refugees? 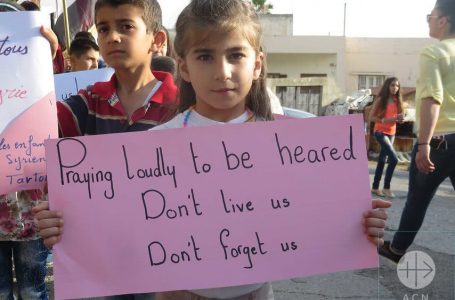