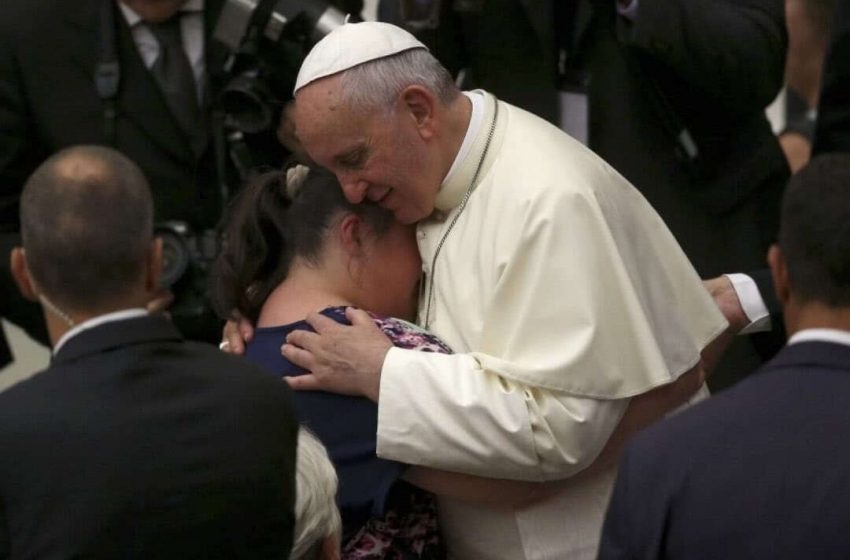 1. Solidarity is drawing closer to your neighbours

“Solidarity entails the awareness of being part of a single body, while at the same time involving a capacity on the part of each member to “sympathize with others and with the whole. When one suffers, all suffer. For solidarity is no mere ideal; it is expressed in concrete actions and steps that draw us closer to our neighbours, in whatever situation they find themselves.
Pope Francis, Address to The Heads Of State, 2017

2. Solidarity means adopting a lifestyle which respects those in need

“Solidarity requires that all members of society renounce something and adopt a more sober lifestyle to help all those who are in need.
Pope Francis, Address to Managers and Workers, 2014 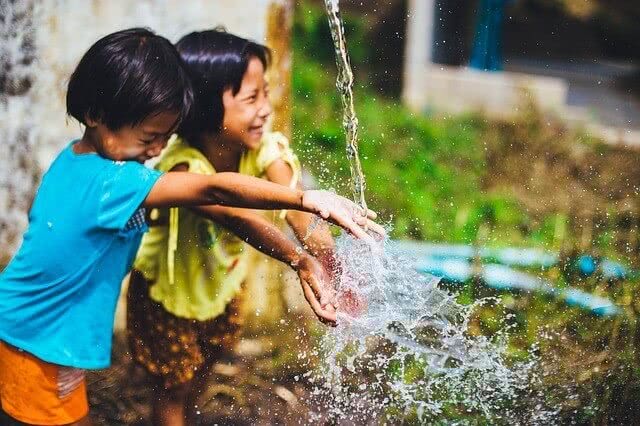 3. Solidarity is a social value, it asks for citizenship

“It is essential to restore to this word “solidarity , viewed askance by the world of economics , as if it were a bad word , the social citizenship that it deserves. Solidarity is not an additional attitude, it is not a form of social alms-giving but, rather, a social value; and it asks us for its citizenship.
Pope Francis, Address to the Centesimus Annus Pro Pontifice Foundation, 2013 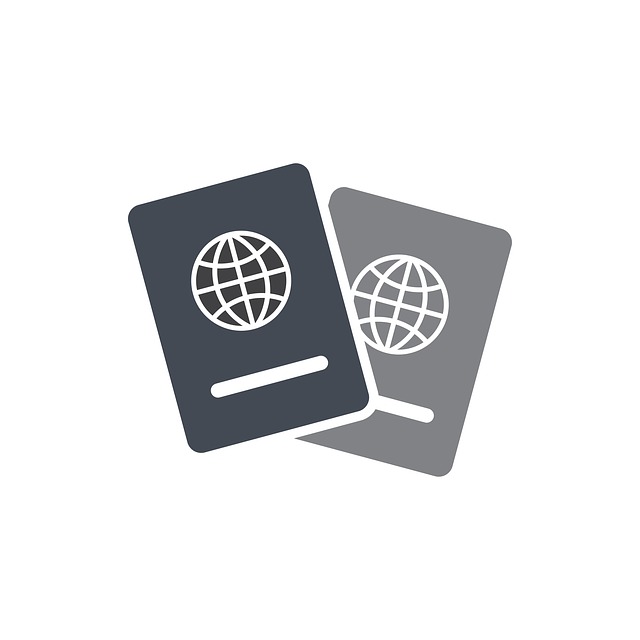 4. Solidarity is more than a feeling, it’s a commitment to the common good

“For solidarity is much more than a “feeling of vague compassion or shallow distress at the misfortunes of so many people, both near and far . Solidarity is “a firm and persevering determination to commit oneself to the common good; that is to say to the good of all and of each individual, because we are all really responsible for all , because compassion flows from fraternity.”
Pope Francis, World Day of Peace 2016

5. “Profit to the producer and social issues to the State” goes against solidarity

The Social Teaching does not allow profit to belong to producer and while the social issues are left to the State or to assistance or volunteer agencies. This is why solidarity is a key word in the Social Doctrine. But today we risk removing it from the dictionary for it is an uncomfortable word. But it has also become , allow me to say it , almost a dirty word. For economy and the market, solidarity is almost a dirty word.
Pope Francis, Video-Message for the 3rd Festival of The Social Doctrine Of The Church, 2013 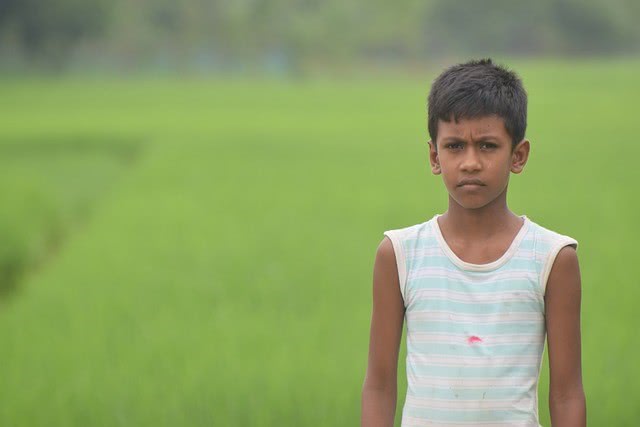 6. “Cooperation and solidarity in the world of work gives me consolation

Also a thought on cooperation: I met several representatives of the world of cooperatives. We had a meeting here in this room some months ago. I was very consoled, and I think it is good news for everyone to hear that in responding to the crisis net profits have gone down while the employment level has been maintained. Work is so important. Work and the dignity of the person go hand in hand. Solidarity must also be applied to guarantee work; cooperation is an important element to ensure a plurality of presence among employers in the market.
Pope Francis, Video-Message for the 3rd Festival of The Social Doctrine Of The Church, 2013 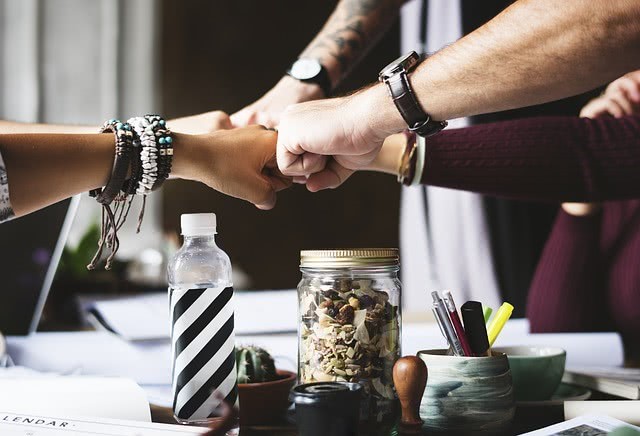 7. A lack of solidarity in a country effects everyone

“When there is a lack of solidarity in a country, the effects are felt by all. Indeed, solidarity is the attitude that enables people to reach out to others and establish mutual relations on this sense of brotherhood that overcomes differences and limits, and inspires us to seek the common good together. Human beings, as they become aware of being partly responsible for the plan of Creation, become capable of mutual respect, instead of fighting among themselves, damaging and impoverishing the planet.”
Pope Francis, Address to FAO, 2014

8. The beauty of solidarity would be seen if it becomes a default attitude

“How wonderful would it be if solidarity, this beautiful and, at times, inconvenient word, were not simply reduced to social work, and became, instead, the default attitude in political, economic and scientific choices, as well as in the relationships among individuals, peoples and countries.
Pope Francis, Video-Message in Ted Conference, 2017 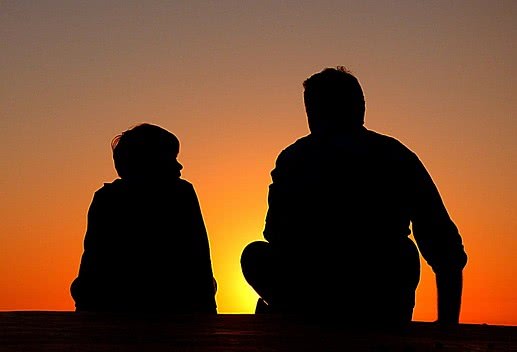 9. Only education in solidarity will overcome the culture of waste

“Only by educating people to a true solidarity will we be able to overcome the “culture of waste,” which doesn’t concern only food and goods but, first and foremost, the people who are cast aside by our techno-economic systems which, without even realising it, are now putting products at their core, instead of people.”
Pope Francis, Video-Message in Ted Conference, 2017 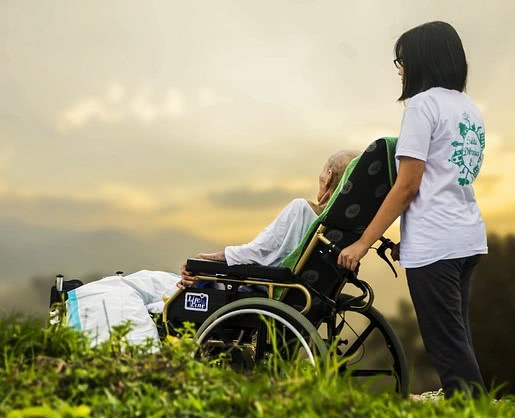 10.The globalisation of solidarity is essential to deliver an improved world to future generations

“If we want to deliver to future generations an improved environmental, economic, cultural and social patrimony, which we inherited, we are called to assume the responsibility of working for the globalisation of solidarity. Solidarity is a demand that that arises from the same network of interconnections which develop with globalisation. The social doctrine of the Church teaches us that the principle of solidarity is implemented in harmony with that of subsidiarity. Thanks to the effect of these two principles, the processes are at the service of man, and justice is growing.”
Pope Francis, Address to Accountants, 2014 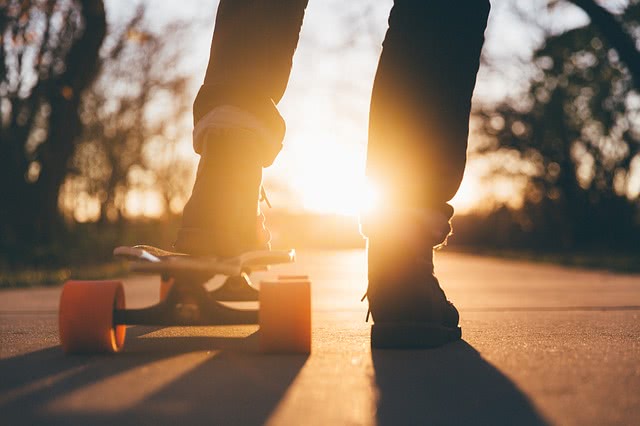 11. Solidarity between generations is a question of justice

“Intergenerational solidarity is not optional, but rather a basic question of justice, since the world we have received also belongs to those who will follow us.
Pope Francis, On Care For Our Common Home, 2015 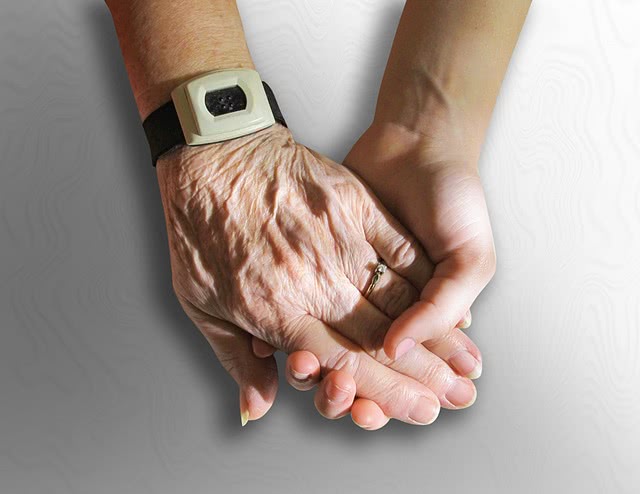 “Solidarity, as a moral virtue and social attitude born of personal conversion, calls for commitment on the part of those responsible for education and formation.”
Pope Francis, World Day of Peace 2016

13. Solidarity asks “what kind of world do we want to build together”?

“I saw a country (United Arab Emirates) seeking to transform into concrete initiatives and actions the words tolerance, fraternity, mutual respect and freedom. I also saw how even in the desert flowers spring up and grow. I returned home with the hope that many deserts in the world can bloom like this. I believe it is possible but only if we grow together, alongside one another with openness and respect , willing to take on everyone’s problems, of each person in the global village. It is my sincere hope that the question underlying your reflections will not only be “what are the best opportunities to take advantage of , but “what kind of world do we want to build together. We cannot speak of sustainable development with solidarity.
Pope Francis, Video message the World Government Summit, 2019 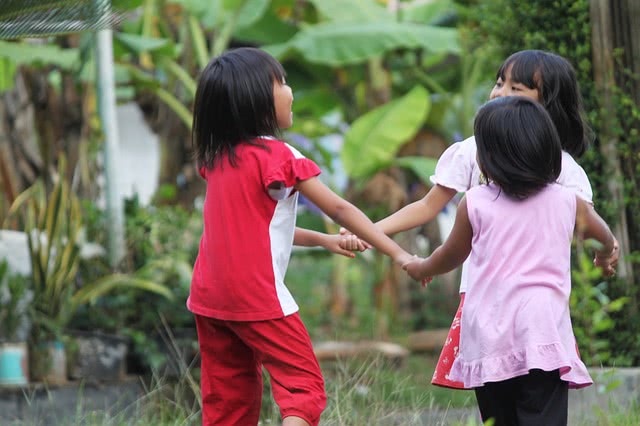 14. Solidarity in the context of tragedies is a duty

“Finally, there is a duty of solidarity. In the face of tragedies which take the lives of so many migrants and refugees, conflicts, persecutions, forms of abuse, violence, death, expressions of empathy and compassion cannot help but spontaneously well-up. “Where is your brother (Gen 4:9): this question which God asks of man since his origins, involves us, especially today with regard to our brothers and sisters who are migrating: “This is not a question directed to others; it is a question directed to me, to you, to each of us . Solidarity is born precisely from the capacity to understand the needs of our brothers and sisters who are in difficulty and to take responsibility for these needs.”
Pope Francis, Address to The International Forum on Migration and Peace, 2017 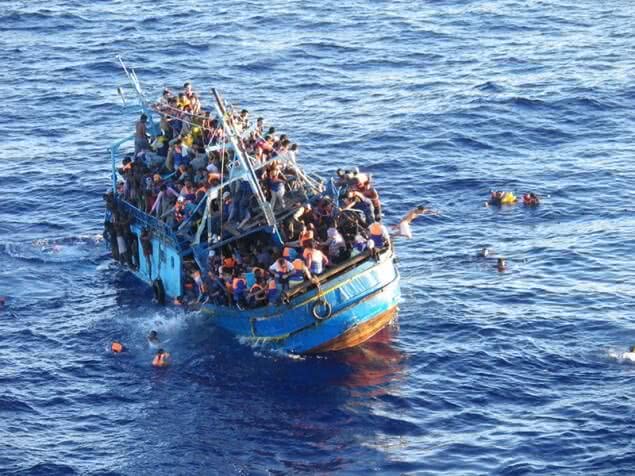 “For us Christians, hospitality offered to the weary traveller is offered to Jesus Christ himself, through the newcomer: “I was a stranger and you welcomed me (Mt 25:35). The duty of solidarity is to counter the throwaway culture and give greater attention to those who are weakest, poorest and most vulnerable. Thus “a change of attitude towards migrants and refugees is needed on the part of everyone, moving away from attitudes of defensiveness and fear, indifference and marginalization, all typical of a throwaway culture towards attitudes based on a culture of encounter, the only culture capable of building a better, more just and fraternal world.
Pope Francis, Address to The International Forum on Migration and Peace, 2017

16. Solidarity is a free response, born from the heart

“Solidarity is a term that many wish to erase from the dictionary. Solidarity, however, is not an automatic mechanism. It cannot be programmed or controlled. It is a free response born from the heart of each and everyone. Yes, a free response!
Pope Francis, Video-Message in Ted Conference, 2017 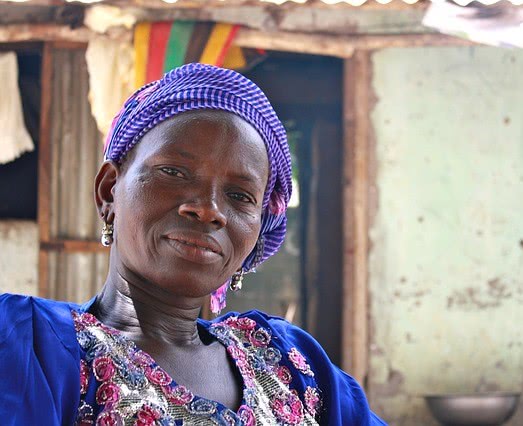 17. In the Eucharist we experience God’s solidarity with man

“The Lord distributes for us the bread that is his Body, he makes himself a gift; and we too experience “God’s solidarity with man, a solidarity that is never depleted, a solidarity that never ceases to amaze us: God makes himself close to us, in the sacrifice of the Cross he humbles himself, entering the darkness of death to give us his life which overcomes evil, selfishness and death.”
Pope Francis, Homily on the Feast of The Body and Blood of Christ, 2013 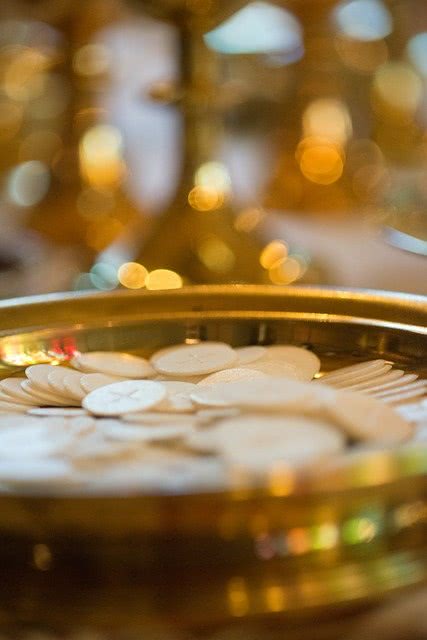 Read more:
– What Is Human Dignity?
– “I Lived And Worked In Malta” – The Story Of A Generous Landlord And A TCN 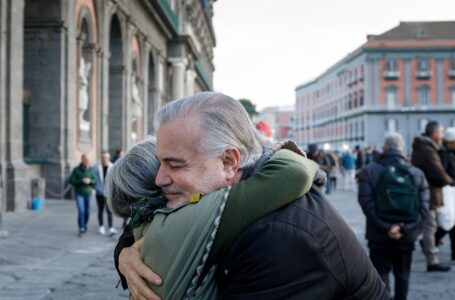 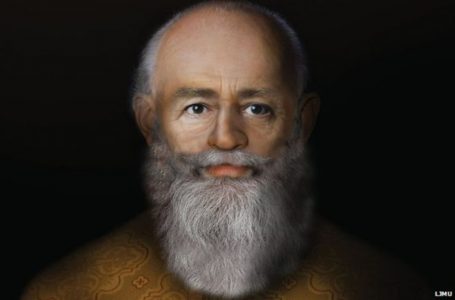