Dealing with shame often involves moments of embarrassment, feelings of being inadequate, a loser or not being good enough.  This article offers a psychological and spiritual perspective on healing shame in order to experience more life and more freedom.

‘‘Hate between men comes from cutting ourselves off from each other. Because we don`t want anyone else to look inside us, since it is not a pretty sight in there.”  Philosopher Ludwig Wittgenstein

The harmful effects of shame

As of the past few decades, much has been the work and research conducted in the field of psychodynamics, gestalt therapy and social sciences that unravel the extent and depth of the harm done through the experience and perpetration of shame. Indeed, studies upon studies affirm that shame like a multi-headed malignancy lies at the very heart of a myriad of social, personal and spiritual dysfunctions. The phenomenology of shame has its origin in early childhood. 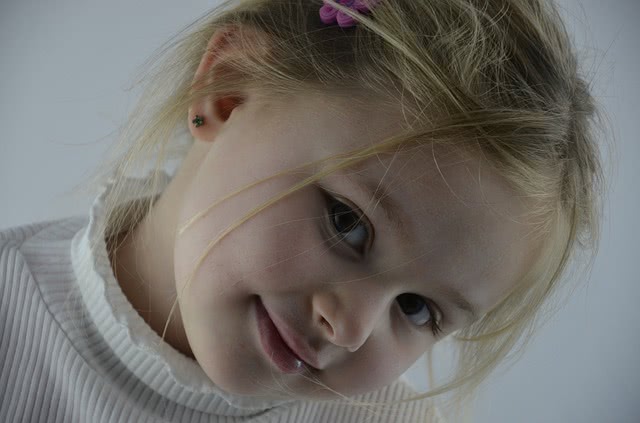 Shame definition and tracing the roots in childhood

In psychological terms shame is viewed as a defense against an abuse of power in the original infant -caretaker/ parent relationship. As early as 15 to 18 months, a child registers a felt sense of criticism through non-verbal cues, such as a glance, tone of voice or body language. Repeated shame-inducing encounters encode shame networks in the brain such as they become more easily activated later on, even by minor stimuli. The experience of shame is somatised in the whole body-mind complex of the individual for life.  When a child is habitually criticized, ridiculed or exposed unwillingly it will perceive itself, the world and all relationships through a mantle of shame and unworthiness. When a child`s cries are not heard and its needs minimized or neglected it believes itself unworthy of love.

Abusive adult relationships have their foot hold in a childhood of shame. Family secrets, racism, gender and sexual discrimination, social exclusion and poverty all operate through shame. Disease itself was viewed up to a few years ago as something to be ashamed of, whilst the social stigma of mental disease still operates today. When my father died of a stroke I was hit by shame. His death was experienced as a disgrace for the family. And I understood why some children at school hide the fact that their parents are sick or dead. They are plagued by shame.

Toxic shame shapes a person in such a way that a person comes to experience his or her being as defective, fundamentally flawed and repulsive. Chronic shame, research confirms, is deeply connected to major mental health issues including depression, anxiety, narcissism, borderline personality disorders, obsessions and compulsions, substance abuse, and eating disorders. Fundamentally shame makes a person believe that s/he is unworthy of love and this distorts all relationships with self, society, significant other and God. 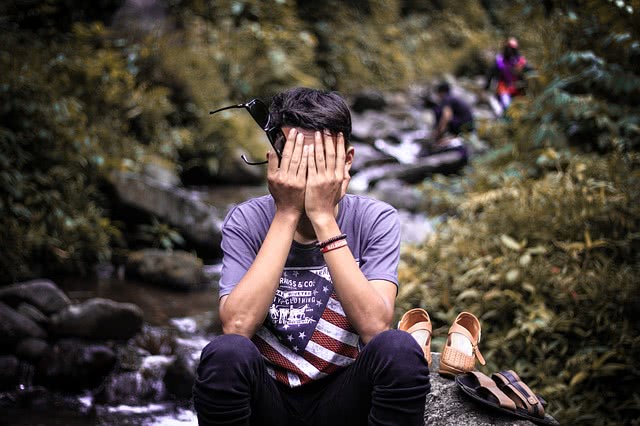 Adam’s experience of shame as a diminished sense of self

Being at the very heart of social, affective and relational disorders one marvels at the psychological insight and didactic in the book of Genesis, written in 10 century BC when it places shame as the very fountainhead of man`s fall. We read in Genesis 3: 9-10 that ” The Lord God called to the man, ” Adam, where are you?”  And Adam answered ” I heard you in the garden and I was afraid because I was naked, so I hid”. To feel shame is to feel seen in a painfully diminished sense. And the scriptural verse quoted above captures this very essential nature of shame. Adam is not afraid because of what he has done, neither of the consequences and nor of God. He is afraid to face his diminished sense of self and to be seen by God as naked and lacking.  So, he hides from himself, from God and from Eve whom he, later on, blames as the cause of his shame.

A shame-based personality is thus forged at the very onset of Genesis. And the whole dynamic of Scripture can be read as the extent of God`s love and total commitment to heal man from the devastating effects of shame brought on by sin and to establish once more a dialogical relationship with him. For this reason, He became Man, one like us and amongst us.

The disconcerting fact remains that the path God chooses to heal man is not through supremacy, power and control but by Himself becoming impoverished as man. Jesus comes to us on a cross, abandoned, naked and diminished. He is ridiculed, fallen and shamed to the core. On the cross, God takes upon himself the experience of abysmal shame and death and becomes the wounded healer reaching out from the very experience of his wounds to all man.

In Christ’s shame, we understand that his wounds are our wounds

It is very difficult to look at Christ on the cross and to accept him as God who is shamed and crucified. For in looking upon him he touches our own wounds, the most hidden and hideous and in this way, he heals our shame for he partakes of it in the freedom of love. We discover and understand that our wounds are his wounds, and his wounds are our wounds.

The spell of isolation is broken, for now, we truly come to know that God himself shares in our experience of shame and that single fact overthrows all the internalised voices that shame and disempowers us.

The first time I connected with the reality of Jesus suspended on a cross was whilst I was studying the mechanism of shame in Gestalt therapy. I had heard many times that Jesus had died for me and for all man, and I accepted this in faith, but it was not meaningful to me. I could not relate to it and in spite of believing it, I was far from realizing the intimacy inherent to the experience of God`s love in Christ.  However, when I learnt about the mechanisms of shame and how the Gestalt intervention which involves love, acceptance of the other and a dialogical relationship makes it possible to heal from shame, I read the Cross from this experiential Gestalt perspective. And as a human being and as a person, the Cross now became meaningful.  I came to know the extent of God`s love who willingly takes on shame to heal a man. I realised that the dignity of man may be broken by another man, but because of the divine Person of Christ shamed on the cross, human dignity gains a new life in God. Christ`s loving presence amidst his own and all man`s shame restores infinite worth to all the persons who experience the worst of shame when they look upon him. 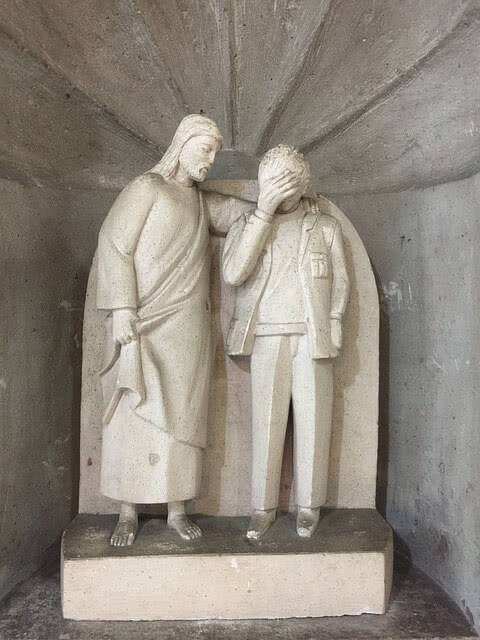 Shame by its very nature causes a relational disconnection because it causes a person to withdraw in order to avoid exposure. Because shame is essentially a relational phenomenon, it requires a relational connection for healing.  The relationship is in fact the foundational principle in all psychotherapeutic healing interventions.  The deepest and most healing of relationships is a relationship with God, for it accompanies us through this world and beyond. This relationship awakens our spiritual senses and activates our spiritual life. A life that by-passes and remains unpinched by the repeated shame-inducing encounters that encode the shame networks in our bodies and brain since early childhood. Our spiritual roots outgrow the habitual system and we come to experience what St Paul speaks of in 2 Cor 4:16 ”That`s why we are not discouraged. No even if outwardly we are wearing out, inwardly we are being renewed each and every day.”

When we come to know, to our great surprise, that God never rejects our rapprochement and will to love, we become free from our crippling fear of rejection. Our love is no longer limited by how much others love, measure or accept us and our relationship with the world and others become more open and less defensive. As a consequence, our capacity to form meaningful and lasting relationships in life increases considerably. For in the end man`s greatest wish, even greater than his wish for health and wealth, is the wish to relate to love and be loved and it is this desire that shame stunts. This is why shame is so lethal, for without relationships man cannot come to a creative life. Reaching out, connecting with others, and sharing experiences bring shame out of secrecy and silence, causing it to lose power since shame thrives in isolation. The opening quote by Wittgenstein succinctly describes how shame bars us from ourselves, the world and the other and isolates through sentences of loathing and hate.

Rediscovering the most nurturing of all relationships which Adam lost through fear and hiding in shame, alters all the criteria on which we base our worth. In a relationship with God, our worth is no longer based on social status, success or moral righteousness. Instead it is based on God`s unconditional love. We become free loving persons, unhindered by our shame.

– Prayer For Shame
– Feeling Insecure: Love As The Greatest Security

Alda Anastasi is a registered practising homeopath and a certified spiritual guide from the Centre of Ignatian Spirituality. She also has a certificate in Gestalt and is currently reading a B.A. Theology at the University of Malta 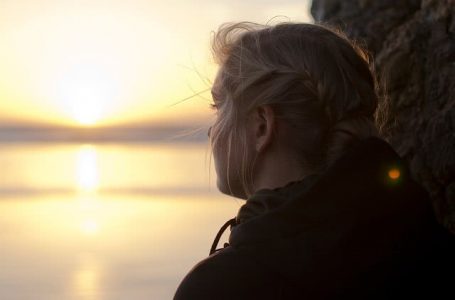