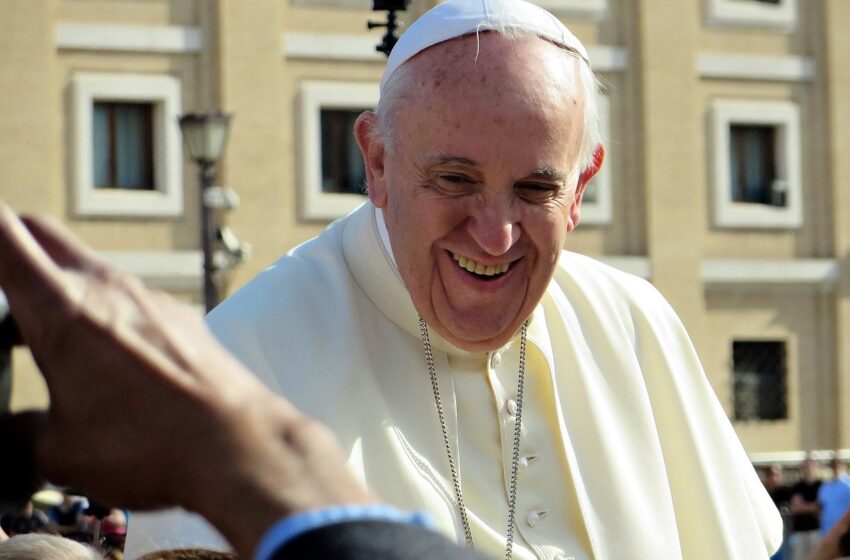 Miriam Bartolo SDC shares her views on what is the good news of the Catholic Faith.

Pope Francis’ frequent use of the word “joy”

Recently, one of my friends remarked that she is struck by how many times Pope Francis mentions joy. She also noted that the word ‘joy’ is found in all the titles of his Apostolic Exhortations. One would think that the Pope is living an easy life. Whereas, we all know that, as a Pope, his life is not easy. So, what is the good news of the Catholic faith that gives Pope Francis, and people who practice this faith, such joy?

The Good News: God who is close to us 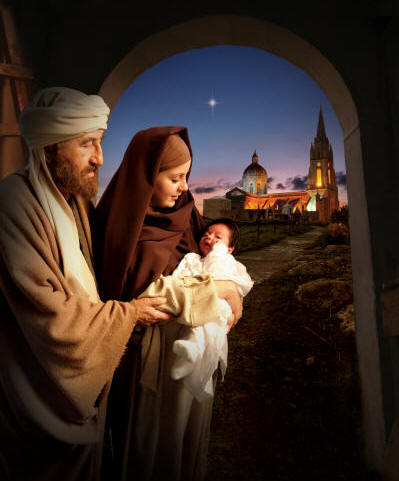 What strikes me in our Catholic faith is that God is so close to us : “His will was that men should have access to the Father, through Christ, the Word made flesh, in the Holy Spirit, and thus become sharers in the divine nature.” (CCC 2) St Augustine says “ God is closer to me than I am to myself”. Moreover, theologian Dietrich Bonhoeffer calls God “the beyond in our midst”.

The Catholic faith is centred around the Holy Trinity – three persons, one God. Jesus, the second person, became man and lived amongst us. He, who is divine and human, was killed. Yet he rose again after three days. Thus, he overcame the greatest enemy of the human race – death.  After Jesus’ resurrection nothing remained the same for the women and other disciples who found the empty tomb. This event also changed (in our own lives and in) the history of mankind. It can change our lives too. Jesus is not dead. He is alive.

As Pope Francis explains in The Joy of The Gospel, “being a Christian is not the result of an ethical choice or a lofty idea, but the encounter with an event, a person, which gives life a new horizon and a decisive direction”. The Gospel is in fact the “good news” and as Pope Francis says “The joy of the gospel fills the hearts and lives of all who encounter Jesus.”

Jesus himself reassured His disciples, and all those who believe in him, of his presence. He said, “Behold I am with you to the end of time” (Mt 28:20). The promise that we will be accompanied by God throughout our life is surely comforting.

The Good News is God who is forgiving

St Bernard asks: “But what can I count on? My own merits? No. My merit is God’s mercy. I am by no means lacking merits as long as he is rich in mercy. If the mercies of the Lord are manifold, I too will abound in merits”

St Paul reassures us that “Where sin has abounded, there grace has abounded all the more”. (Rom 5:20)

The figure of St Peter is such an example. For three times, Peter denied Jesus while he was being taken from court to court. When he should have been closest to, and supporting Jesus, Peter denied him.  And when Peter hit rock bottom he met the gaze of Jesus.  Through this gaze, Jesus patiently and silently says to him: “Peter, don’t be afraid of your weakness, trust in me.” Peter understands. He feels the loving gaze of Jesus, and he weeps. The fact that Peter was chosen to lead the disciples is proof enough of how Jesus forgave his sin.

This life in Jesus is sustained by the Holy Eucharist, which is “the source and summit of the Christian life.” (CCC 1342) The great wonder is that Christ uses simple provisions and raises them into something sacred and holy – His own Body. He does this while still respecting their very ordinariness. Thus, the bread remains our daily bread and the wine our daily drink. These simple created gifts – the work of our hands – become the means by which we find him. They become the source where we meet him. Moreso, the Catholic faith holds that His presence continues even after the mass is ended. Therefore, Catholic churches house his presence as a whole person in the consecrated Eucharist.

The Good News: dignity for each person

The Catholic faith gives great value to the human being. Human life is considered sacred from conception to its end since it is created in the image and likeness of God. In Pope John Paul’s words, “nothing surpasses the greatness or dignity of a human person. Human life is not just an idea or an abstraction; It is the concrete reality of a being that lives, that acts …. Human life is precious because it is the gift of a God whose love is infinite; and when God gives life, it is forever”. (Homily 7th October 1979) 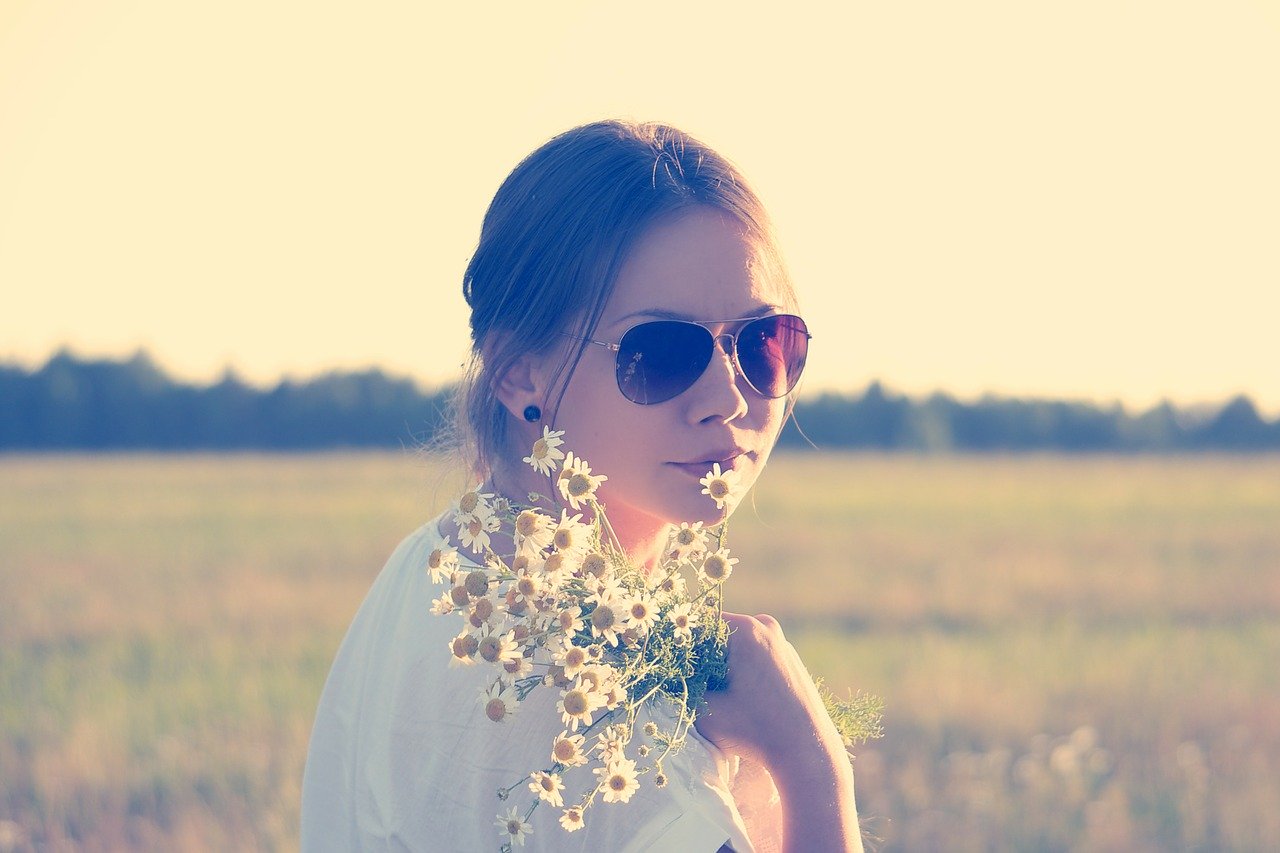 The Good News is having Mary as our mother

Jesus gave us his mother to be our mother. Only after this act did Jesus say that “all was now finished” (Jn 19:28). The Catholic faith presents Mary as our model. From Mary we learn to surrender to God’s will in all things. We also learn to trust even when all hope seems gone. Through Mary, we learn to love Jesus Christ, her Son and the Son of God. She is not only the Mother of Christ; she is also the Mother of the Church.

Pope Francis in The Joy of The Gospel describes Mary as “the friend who is ever concerned that wine not be lacking in our lives. She is the woman whose heart was pierced by a sword and who understands all our pain”. Mary offers us maternal comfort and love just as she did with Saint Juan Diego. She whispers in our ear: “Let your heart not be troubled… Am I not here, who am your Mother?” (The Joy of The Gospel)

The Good News is being entrusted with a mission

We are in this world for a reason. According to the Catholic faith, certainly God does nothing without a purpose. We all have a specific mission and God gives us all the help we need to carry out this mission. According to Isaiah “Yahweh called me before I was born, and from my mother’s womb He pronounced my name” (Is 49:1). In Jeremiah we find: “Before I formed you in the womb I knew you: before you came to birth I consecrated you” (Jer 1:5). Furthermore, in his book Crossing The Threshold Of Hope, Saint Pope John Paul II writes: “He reveals that His demands never exceed man’s abilities. If man accepts these demands with an attitude of faith, he will also find in the grace that God never fails to give him the necessary strength to meet these demands”. 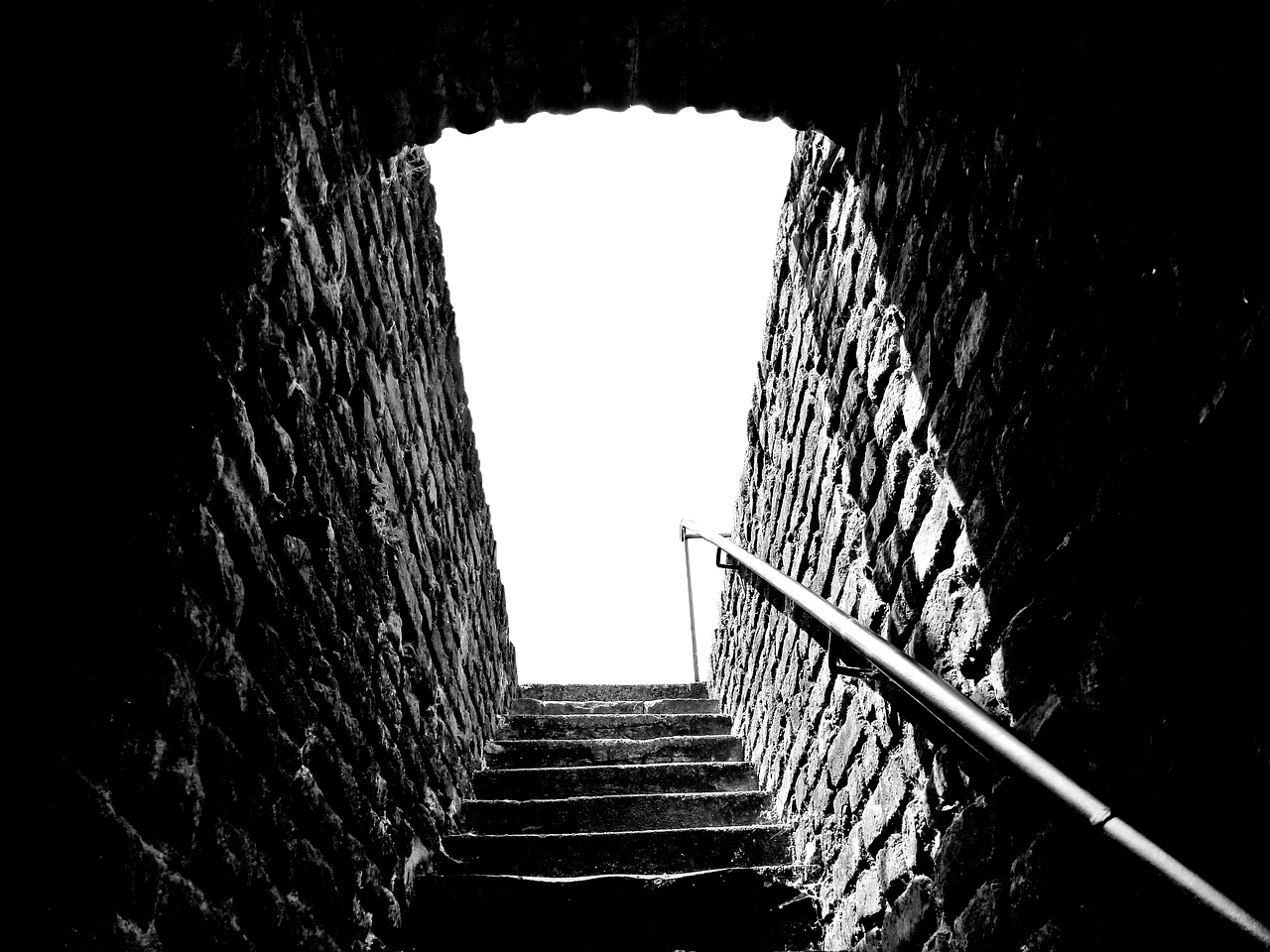 Pope Francis wrote: “I am a mission on this earth; that is the reason why I am here in this world. We have to regard ourselves as sealed, even branded, by this mission of bringing light, blessing, enlivening, raising up, healing and freeing”. (The Joy of The Gospel)

The Good News  is giving meaning to suffering

Suffering is a harsh reality which all humans face sometime or other. Simone Weil remarked that the extraordinary of Christianity is not that it provides us with a medicine against suffering. Rather, it gives a perspective to suffering. The Gospel does not promise that we will not suffer. Certainly,the cross remains a human reality. However, what the Gospel does is give meaning to the cross. That fact makes a difference in the way we face the sufferings which we encounter. Van Breemen Peter G. S.J. writes  “Once we know that suffering has a meaning to it, we can endure much more”. 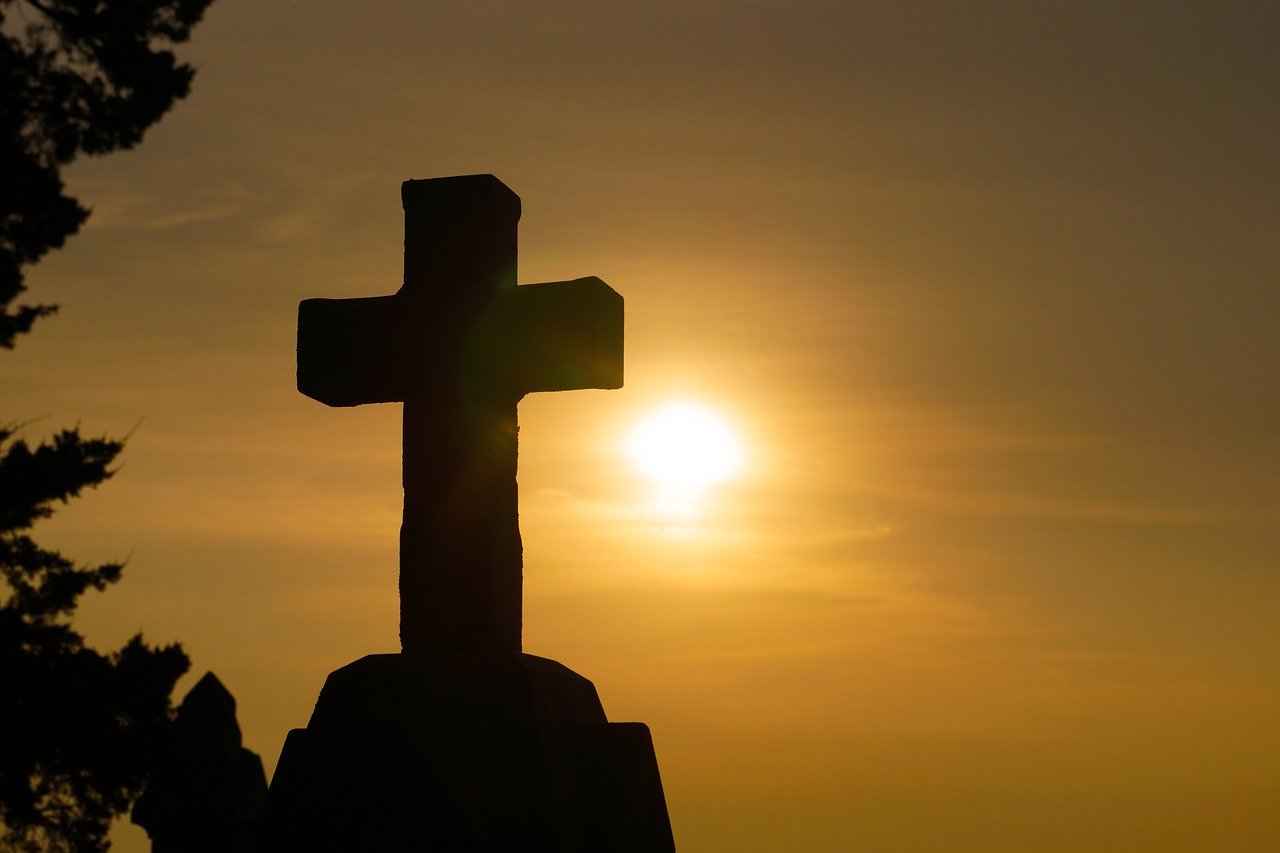 The Good News as being life for the soul 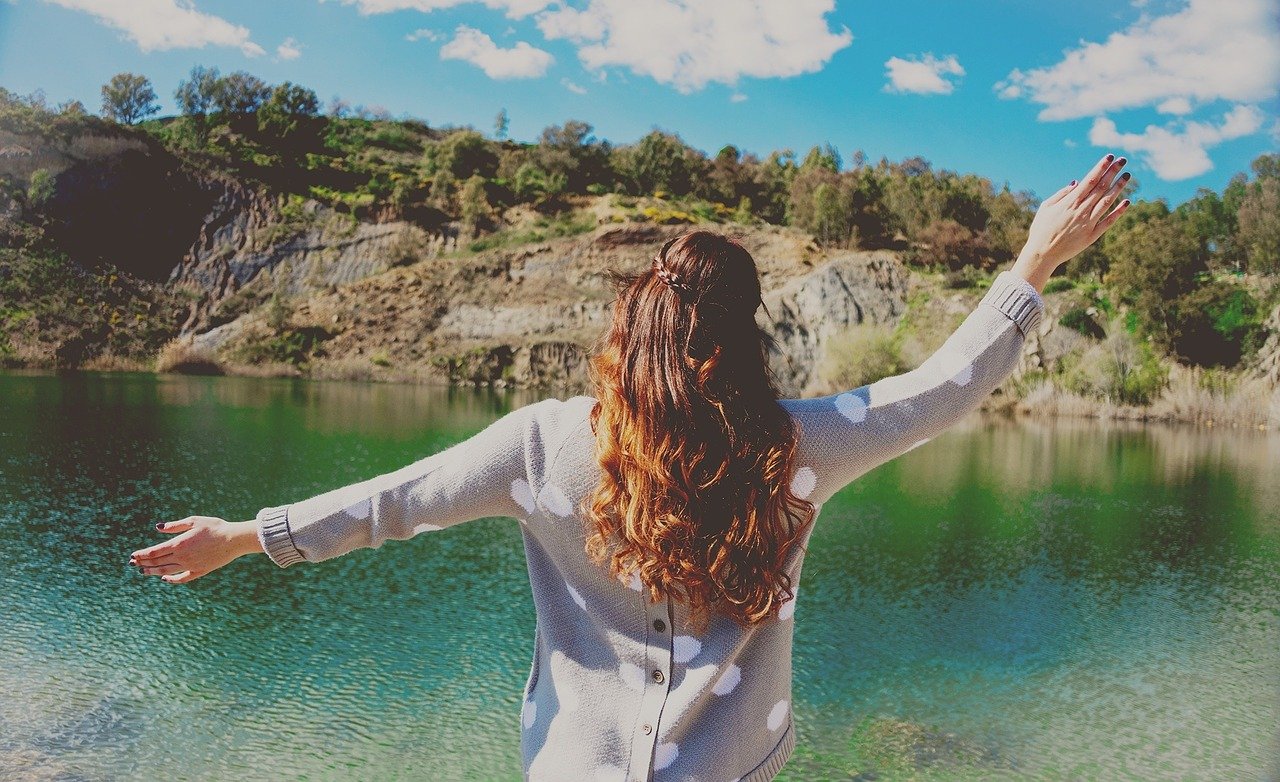 I would apply the same reasoning to the faith held by the Catholic church. Notwithstanding that the members of the Catholic church are still sinners, and that so many are leaving, I stay. I choose to stay not simply because I was brought up in this faith, but because it gives so much meaning to my life. I stay, above all, because it keeps on preaching “the Good News”.

Miriam Bartolo is a member of the Society of Christian Doctrine (MUSEUM ). She has worked in the educational sector and taught both in the Primary and Secondary sectors, teaching History and Geography in the latter sector. She was also an assistant and a head of a state school. 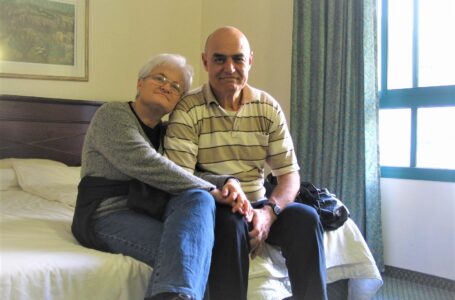 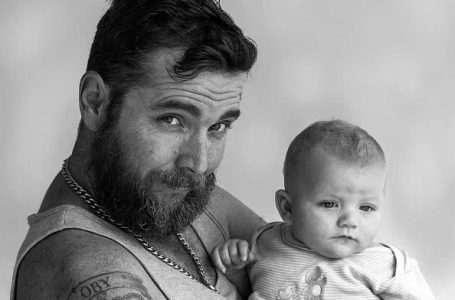 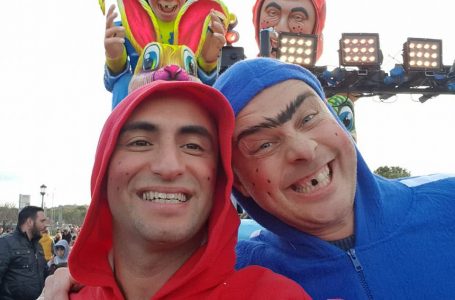