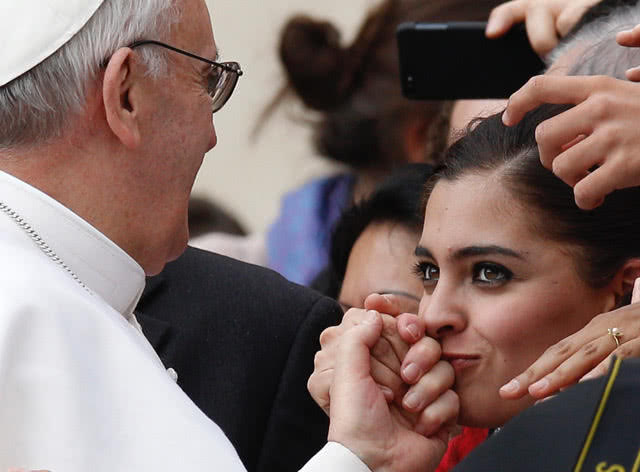 1. Women are still waiting for same dignity as men

“The organization of societies worldwide is still far from reflecting clearly that women possess the same dignity and identical rights as men. We say one thing with words, but our decisions and reality tell another story. Indeed, “doubly poor are those women who endure situations of exclusion, mistreatment and violence, since they are frequently less able to defend their rights”.
Pope Francis, On Fraternity and Social Friendship, 2020, 23

“When we speak of women, we speak in a functional way: a woman is for doing this, for doing, no! First she is for something else: woman brings something without which the world would not be like this. She brings a richness that man and all of creation and all the animals do not have. When there is no woman, harmony is lacking. Without woman there is no harmony.

This is a society with a strong masculine attitude. It lacks a woman’s touch. It is just that man does not bring harmony: it is she who brings that harmony that teaches us to caress, to love tenderly, and who makes of the world something beautiful. This is the future; this is what was missing. Woman comes to crown creation. She brings harmony to creation. (See image below)
Pope Francis, Morning Meditation, 9th February 2017

2. Women have skills which they tend to possess more than men

“The Church acknowledges the indispensable contribution which women make to society through the sensitivity, intuition and other distinctive skill sets which they, more than men, tend to possess. I think, for example, of the special concern which women show to others, which finds a particular, even if not exclusive, expression in motherhood.” (See image below)
Pope Francis, The Joy of the Gospel, 2013, 103

3. Women are to be guaranteed freedom of choice

“I encourage the contribution of so many women who work within the family, in the areas of teaching the faith, pastoral work, schooling, but also in social, cultural and economic structures. You women know how to embody the tender face of God, his mercy, which is translated into a willingness to give time rather than to occupy space, to welcome rather than to exclude.

It is, moreover, a matter of encouraging and fostering the effective presence of women in many areas of the public sphere, in the world of work and in places where important decisions are made, and at the same time maintaining their presence and preferential and wholly special attention in and for the family. Women must not be left to carry this weight on their own and to make decisions, but all institutions, including the ecclesial community, are called to guarantee the freedom of choice of women, so they may have the opportunity to assume social and ecclesial responsibilities, in a manner in harmony with family life.”
Pope Francis, Address, 7th February 2015

4. Women’s involvement in decision-making is valuable for the good of the world

“That women in society must be involved in decision-making is not only right for reasons of equality, but also for the specific insights that women bring to the process. This “feminine genius” will prove most valuable, as women increasingly play major roles in the solution of the serious challenges the world is facing. ”
Intervention By The Holy See at the General Assembly of the UN, 2007

5. When women pass on their gifts, society becomes positively transformed

“When women have the opportunity to fully pass on their gifts to the entire community, the very manner by which society is understood and organized becomes positively transformed by it, managing to better reflect the substantial unity of the human family.”
Pope Francis, Address for Interreligious Dialogue, 9th June 2017 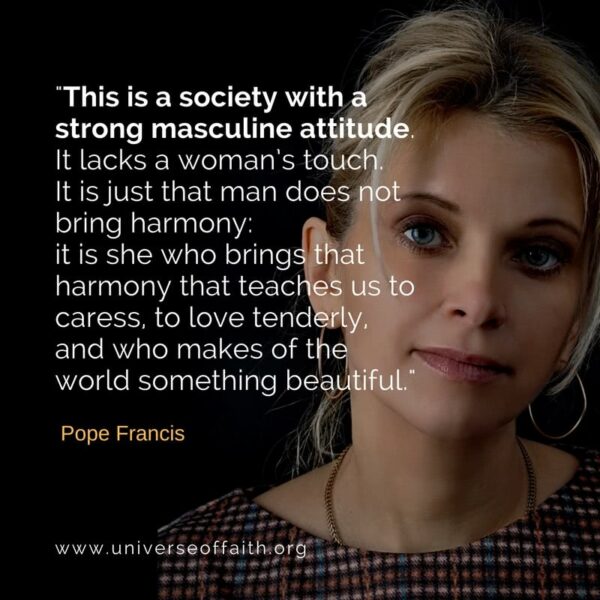 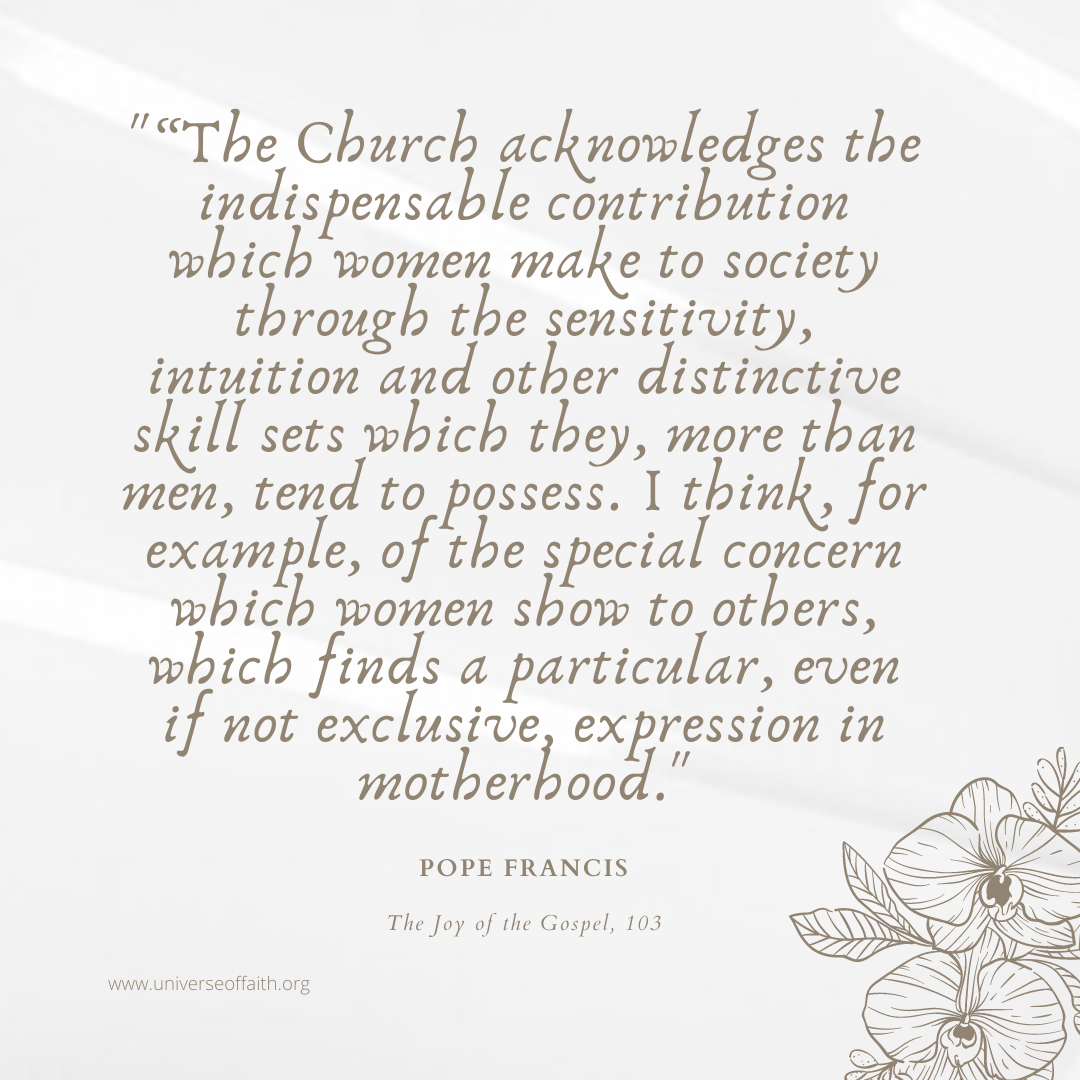 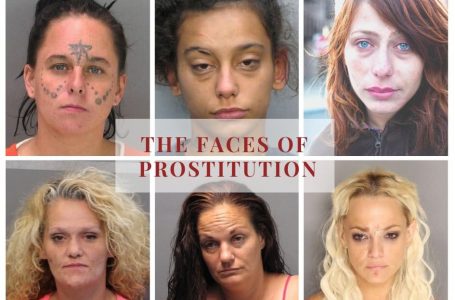 “I Work With Prostitutes”-The Negative Effects of... 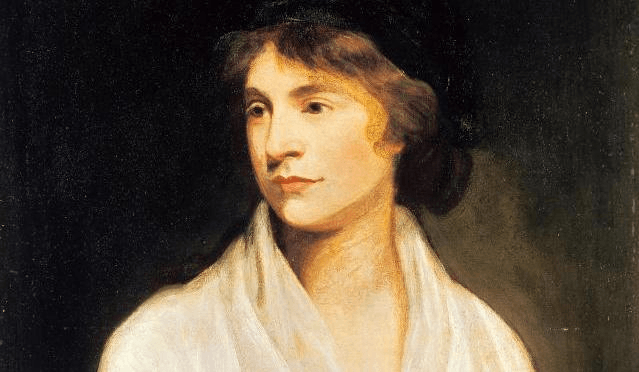 Women in the Church, and the Catholic...